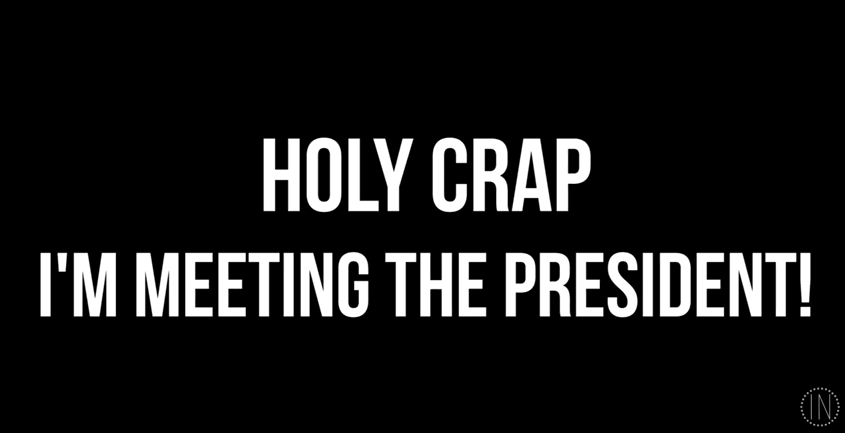 Having just pushed his office live on Snapchat and looking at the people lined up for interviews following his final State of the Union address, Barack Obama is clearly keen for us to remember him as being ‘down with the kids.’

Obama’s team has worked closely with Google to enlist three YouTube stars, Destin, the engineer presenter of SmarterEveryDay, lifestyle vlogger Ingrid Nilsen and comedian sWoozie to interview him on Friday January 15 following his final State of the Union address tomorrow.

Each brings more than 3.5 million subscribers with them to the party and while Nilsen has promised to ask about women, LGBT rights, healthcare and unemployment, sWoozie has suggested this is his chance to find out who is Obama’s favorite Kardashian.

Here he is catching up with the others ahead of the big day.

Anticipating that some people online may not exactly play ball, Destin has asked his viewers to leave only “intelligent, respectful comments” on the video announcing that he’s taking part.

Last year almost 500,000 people tuned in live on YouTube to see the POTUS interviewed by another suitably varied 21st century team, in the shape of YouTubers Bethany Mota, GloZell Green and Hank Green.

Given it’s the last one before Obama leaves office, this one could draw an even larger crowd.

You can hashtag #YouTubeAsksObama to join the chat on Twitter and there’s dedicated Reddit thread being pushed live soon.

The YouTubers will then take on the President in the same place on YouTube on Friday at 2.15pm.

Read next: Here's what we think we know about Apple's rumored 4-inch 'iPhone 5e'