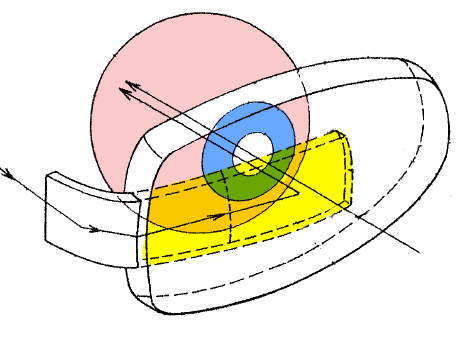 This week the United States Patent and Trademark Office (USPTO) issued 6774 patents. Each patent is important as it adds something new to the human knowledge base. PatentYogi team has selected the six most interesting patents granted this week listed below.

Nike wants you design and manufacture your own shoes.

With this patent, you could soon be able to not only create your unique combination of color, texture and design, but also watch your shoe being manufactured step by step.

This patent, also from Nike, puts a coach right under your feet.

Achieving excellence in sports needs a lot more than a “just do it” attitude. And this week Nike patented a smart shoe that can measure your athletic performance and let you know of your progress.

The shoe is equipped with sensors to measure parameters like speed, acceleration, direction of motion etc. capturing your entire performance in the minutest detail. The capture data is then relayed to a mobile app that processes it and displays performance analytics.

Users can set goals such as how much distance is to be covered and at what speed and regularly monitor their performance. This data can also be shared with other users and comparative analysis performed. In this way, the invention can memorialize a user’s past achievements to provide the user with positive feedback to inspire future athletic performance.

Google invents a media player that follows you wherever you go – videos can now play and move across your devices like your reflection from one mirror to another.

With this technology, you can now enjoy uninterrupted viewing of content even while on those unavoidable breaks to the kitchen or bathroom!

Rapiscan Systems has patented an X-ray shoe scanner to detect explosives and drugs hidden in shoes. With this invention, you no longer have to remove your shoes at airport security points.

The invention is a huge improvement over whole body scanners that have a high false alarm rate due to the common use of metallic shoe shanks.

The patented technology uses a combination of Rastered Beam Forward Imaging (RBFI) and metal detection for screening a person’s shoes and is capable of detecting explosives and threats (metallic and non-metallic) hidden in shoes.

Seeing double could mean something different after this

The glass has optical curvature to provide the required ophthalmic prescription. In addition, an insert within the glass provides a reflective surface for projecting and displaying content overlaid on the normal view of the wearer.

Since the light paths of real objects and the visual display are different, there is a difference in convergence. To correct for this, the invention uses additional curvature to the rear part of the glass.

As a result, the images of real objects and the displayed content are simultaneously clear.

Drones and vehicles working in tandem

A company has invented a guardian angel for cars in the form of drones.

The technology proposed in the patent application shows a drone that is capable of following a car and constantly providing it with information to ensure its safety. The drone is designed to be paired with the car and fly ahead of the car to collect environmental and traffic information on the planned route.

The drone then relays this information back to the car to help decide an alternative route if required.

The drone can also fly on a different route from that of the car to pick up cargo and bring it back to the car while both are in motion. So you won’t have to be forced to change a route just because you need to pick up something on the way. This drone will do it for you!

Read next: Apple and Ericsson bury the hatchet with a new 7-year patent deal

Image sources can be found here

Read next: New York State wants DraftKings and FanDuel to give back all the money they made