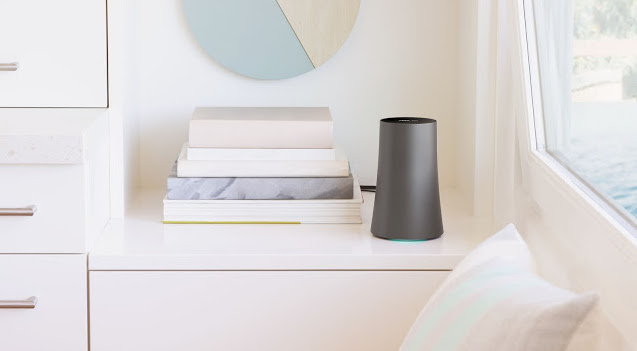 Google has introduced a new model of its OnHub line to the masses. Developed by ASUS, the new cylinder has a slightly different shape than Google’s first TP-LINK OnHub, but it promises to pack all of the mysterious Wi-Fi goodness we’ve come to expect from the system.

In addition to promising optimum Wi-Fi at all times, the ASUS OnHub also includes a feature called “Wave Control,” which lets you boost the connection in your house by waving your hand over the device. It’s clear that Google wants you out and interacting with your router in ways we haven’t seen, and waving your hand in front of it to make your Internet more robust is a good example of that.

For those who have already been sold into OnHub, Google announced a software update to current devices. A new algorithm included with the update will select the best combination of antennas for each connected device depending on where they’re located.

.This could be another step in Google using the OnHub to manage persistent connections in the smart home, becoming a shepherd of sorts to ensure all of your smart devices are properly connected, whether they are stationary or moving throughout your home.

If you want to buy into the future, it’s still going to cost you. The ASUS OnHub will be available for pre-order in North America this week for a price of $219 — more expensive than the original model’s $199. Google promises availability in the Google Store as well as select retailers.

Read next: WorkDifferent helps you find a tech job with a company that cares about its employees