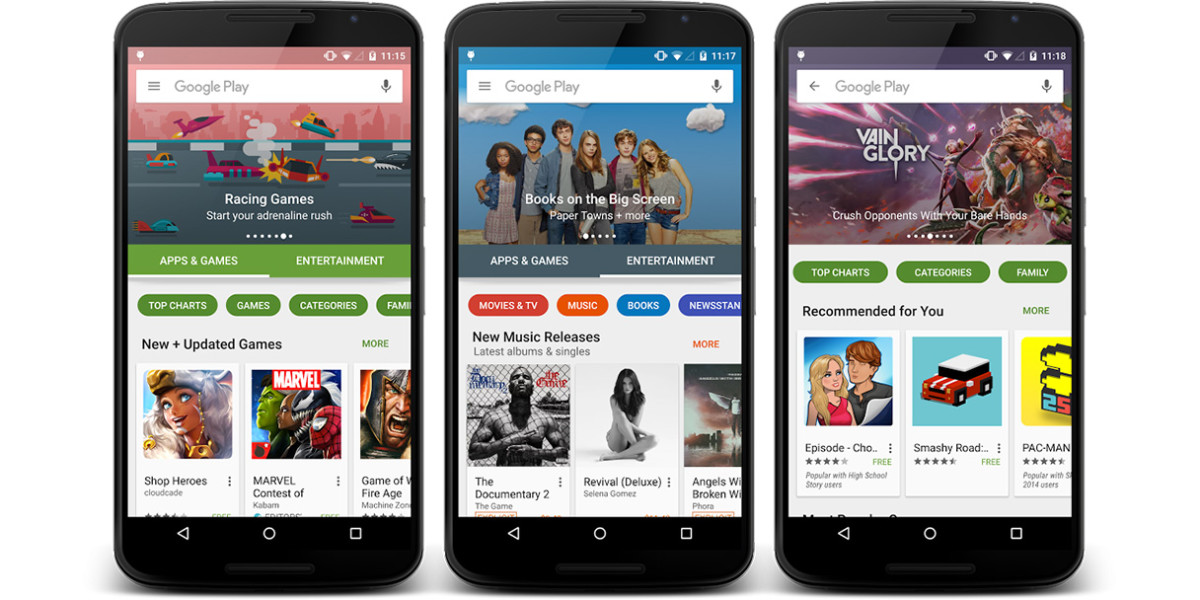 Google has updated and refreshed the design of its Google Play store marketplace for all things Android, and if you have not already seen the new version on your own device, you will soon.

This is not an update you can install yourself, but is rather being switched on from the server. And by all accounts, it’s proving to be a gradual process.

The new design intends to make the app easier to use so that you can more quickly find what you’re looking for. Not coincidentally, it should also be more streamlined — with animations and scrolling effects imparting a more modern and inviting look. New buttons appear throughout the app, replacing the previous scrolling tabs, according to those who now have it (I do not, just yet).

Read next: 4m TalkTalk customers' details may have been stolen in latest breach [Update: Ransom demanded]