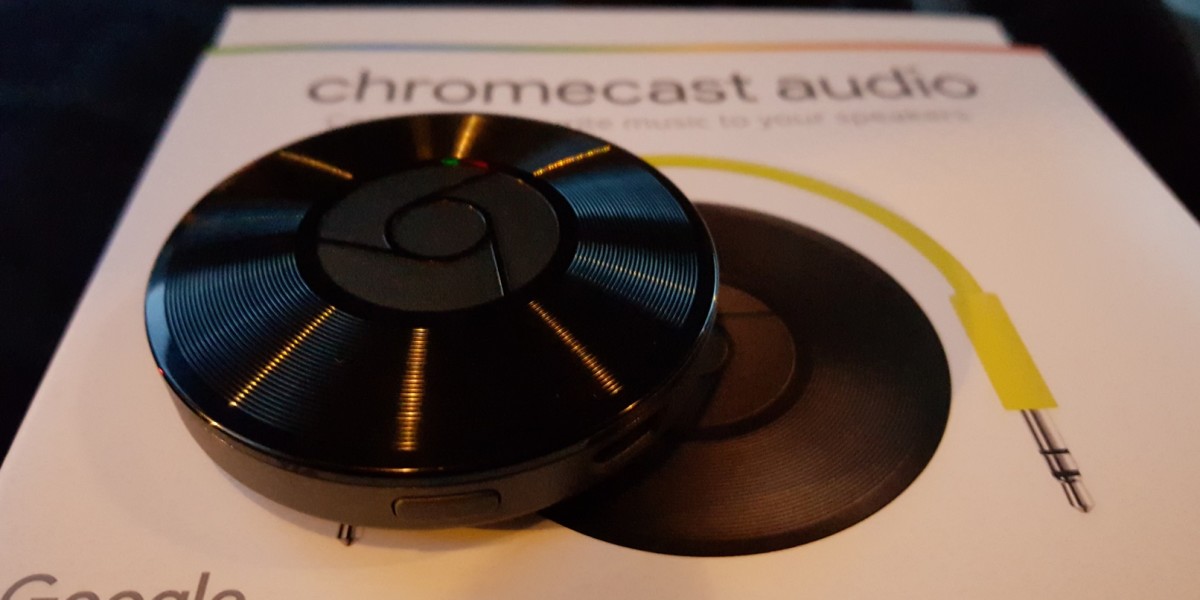 Alongside an updated Chromecast, Google announced a new addition to the family in the form of the Chromecast Audio, which focuses on making your old stereo into a device capable of streaming content straight from your laptop, Android or iOS devices.

Fortunately, we were at the launch event and got the chance to take away a new Chromecast Audio to play with – so here’s our first impressions of Google’s all-new streaming device.

Connecting up the Chromecast Audio is a simple affair. Just plug in the power, then connect the device to your sound system via aux (a regular headphone socket).

Casting is achieved via the Chromecast app by sending content across the same Wi-Fi network. Thankfully, it supports the faster 5Ghz Wi-Fi as well as 2.4Ghz, which means you shouldn’t see any blips with high bit-rate tracks.

On the software side of things, it supports Android 4.1 devices and higher, iOS 7.0 and up, Mac OS X 10.7 or newer and any version of Windows since Windows 7.

I do like the little styling touch to make it look like a vinyl record, rather than just leaving it as plain matt or glossy plastic.

Once you’ve got the newest version of the Chromecast app, you’ll be ready to start setting up the unit – I used an Android device to set up.

Hit the scan for Chromecasts button in the app and Chromecast Audio should show in your list. Select it and follow the next couple of screens, which guide you through the rest of the set-up.

Towards the end of that (short) process, you can name the device and connect it up to your Wi-Fi network. It’ll then tell you to turn your stereo on before it plays a test tone.

And that’s it, you’re ready to start casting.

The updated app also makes it easier to see which apps you have that can make use of the device – these are shown under the ‘What’s On’ tab. ‘Devices’ shows what’s currently playing and ‘Get apps’ is pretty self-explanatory. Exploring here will eventually take you through to the Play Store to download more Chromecast-compatible apps.

In my short test, with Rdio and Pocket Casts, casting to the Audio from within each respective app worked flawlessly first time.

As an added bonus, you can control the volume using your device’s volume control – in my testing, I had to actually have the Rdio app open to get the volume control to work, I couldn’t just use the hardware controls when on my home screen, for example.

This is a god-send for anyone that’s been looking for a cheap and straightforward way to connect up their old stereo and effectively enable it with a Bluetooth connection.

On the downside, you’ll need to wait for your favorite apps to support casting – but then most of the popular ones (including Spotify, from today) already do.

A $35/£30 dongle to re-invigorate what might have been a very expensive sound system really is a no-brainer. It is only available in black though, in case that’s a problem for you.