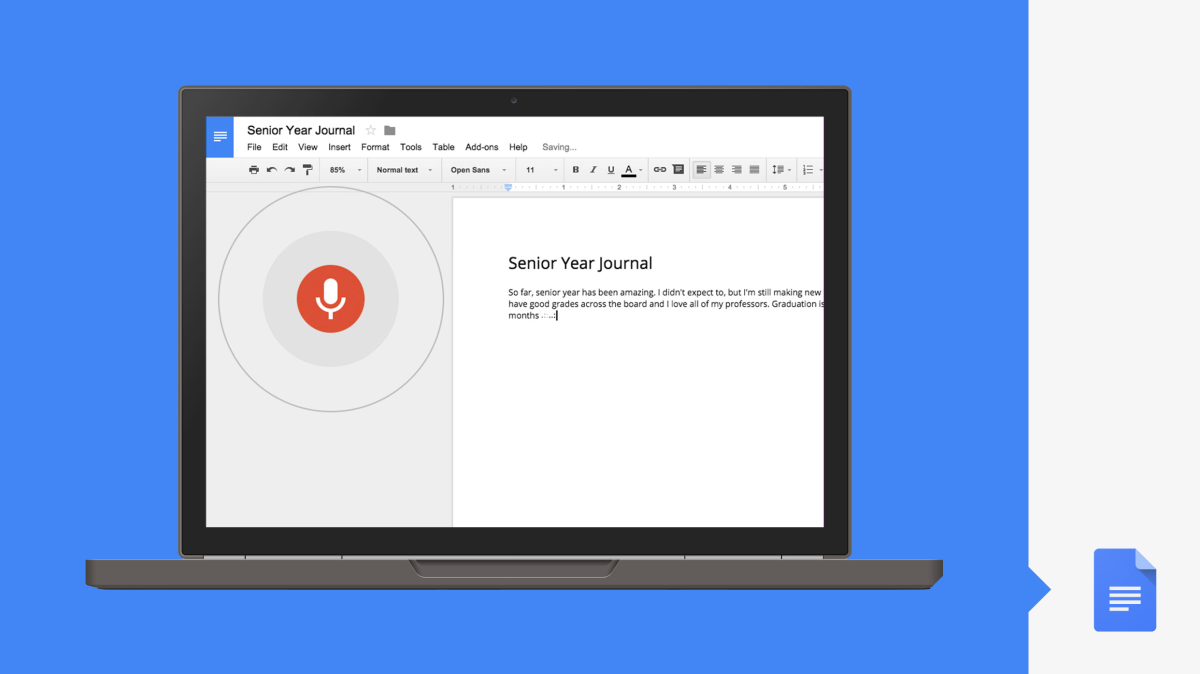 Google has made some crucial updates to its Docs, Sheets and Slides development within Google Drive that will likely make power users and hip young teens pleased.

The first big update is the ability to search within Google Docs. Called “Research,” the feature allows users to pull up Google search directly within the app and also insert photos directly from Google Images. Google Docs Product Manager Ritcha Ranjan said the feature was inspired by students and members of younger generations (read: teens) who prefer to type quickly and easily from their phones.

In developing Research, Google has pared down the 14 clicks needed to insert an image into a Doc from a mobile phone down to just a handful.

“We’re focused on how to make Android a great and powerful platform for content,” Ranjan added.

Additionally, Google has also introduced Voice Typing into docs. Available within the ‘Tools’ menu in Google Docs, users can now speak directly into their computer or phone to create content. Google’s voice recognition can understand punctuation notes, and is usable in the more than 40 languages Google already supports for voice typing.

For the collaborative types, Google Docs now shows historical changes made since a user last opened the document. So users working in groups can pinpoint who made changes when in a handy list. The “See Changes” button is available right at the top of the doc, so there’s no confusion about where to go to pull it up.

But it’s not just Docs that’s getting the good stuff — Google has updated Sheets with a new tool designed to help users see their data in new and interesting ways. Called “Explore,” any table in Sheets can now be analyzed  and turned into graphs and other charts for easy assessment. Users can work with the entire sheet’s worth of data, or select specific sections to work with.

See it in action in the video below:

“We’re creating the advantage of having a Data Analyst, using the power of Google to compute and putting it right in your hands,” Ranjan explained.

Other changes announced today include a new Forms UI that helps users take a drag-and-drop approach to creating questions and analyze responses without opening up a spreadsheet, and Templates to help inspire users who are starting a Doc, Sheet or Slide file.

All of these updates are available today for desktop and Android.