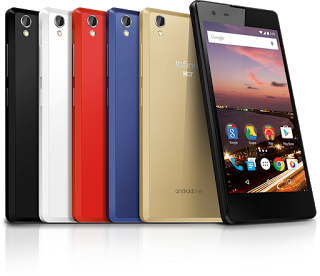 Google’s Android One program for affordable smartphones is expanding to a whole new continent: Africa.

Today the company is launching its first Android One device for the region with the help of Infinix, one of the “fastest growing smartphone brands in Africa.” The Infinix Hot 2 is available in Nigeria starting today for a price of N17,500 (around 88 USD). It will arrive in Ghana, Ivory Coast, Kenya, Egypt and Morocco as well over the coming weeks, reaching a combined 379 million people.

The device comes with a quad-core MediaTek processor and 1GB of RAM. It’s available in black, white, red blue and gold colors (with gold featuring 2GB of RAM).

Of course, the device is running Google’s latest OS, a stock build of Android Lollipop 5.1.1.

Google’s also making the Web a little more accessible in regions with poor data service by rolling out a streamlined version of Google Search that will run faster on devices with low RAM. Google says it can reduce data usage by up to 90 percent on the results page, cutting down load times by a third.

Android One was launched in India last September as a way to help bring smartphones to regions where it’s normally difficult to buy a decent one for an affordable price. It has since expanded to other parts of Asia and Europe as well.

Read next: Google aims for $30 smartphones as it prepares to relaunch Android One in India

Read next: United States of Emoji: SwiftKey tells you the most popular emoji where you are