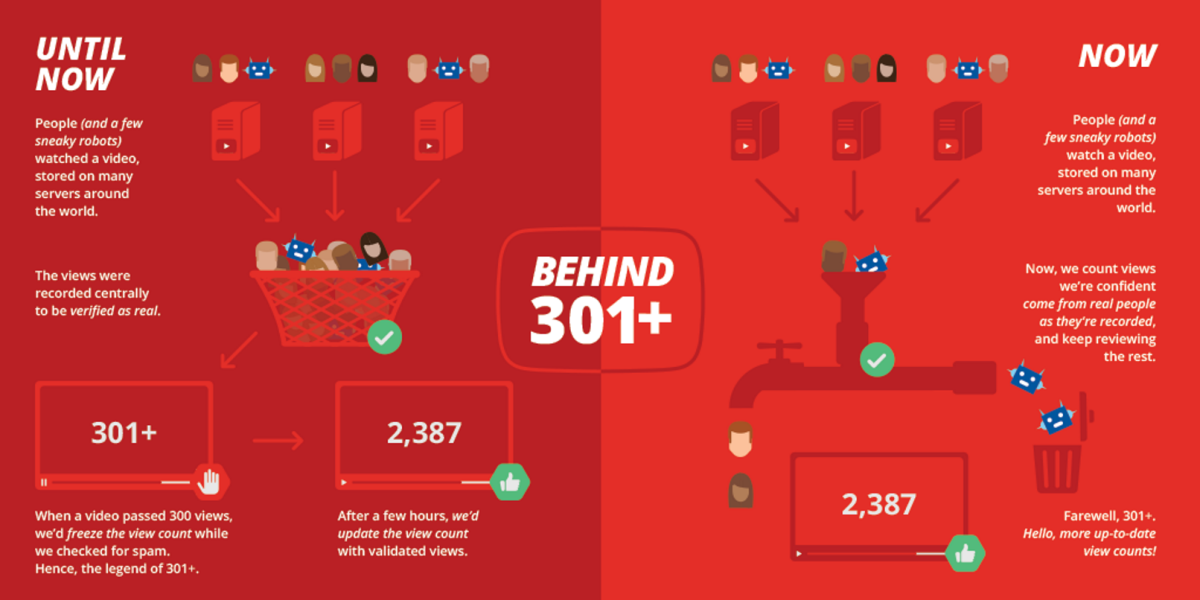 Today, Google has made a lot of YouTube creators happy – it’s removing the “301+” static play count for new videos in favor of a more accurate figure.

Explained via a concise tweet, the video play count will now show the real-time number of views that the company is confident have come from real people, but won’t include plays by bots, which will still undergo a verification process.

Removing the irritating and frankly uninformative “301+” is a sign that the company is increasingly confident in its ability to distinguish between human views and those from automated systems. The 301+ count was used as a placeholder for popular new videos while YouTube went off to verify which views were authentic, and which were not.

For a company that sells ads as its main business, this distinction is critical.

For viewers, it doesn’t really mean too much, but for creators, it means you won’t have to wait around to see how popular your most recent upload really is.