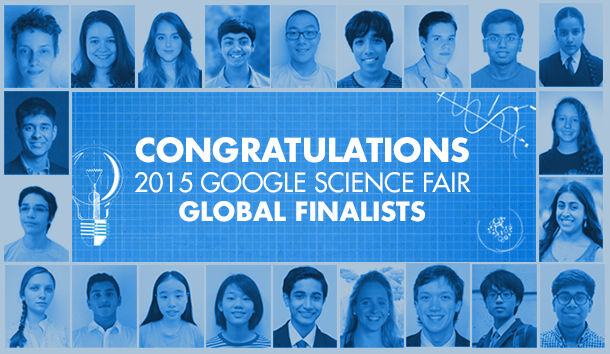 Google’s annual Science Fair aims to find bright young minds who can change the world and today the company has announced the finalists for 2015.

All of the projects are centred around solving challenges in the world around us. Some highlights include a water purification method using corn cobs and a way to transport Ebola antibodies through silk.

The finalists will be brought to the search giant’s Mountain View HQ on September 21 to present their projects in front of a panel of scientists and scholars to be in with a chance of winning a $50,000 scholarship among other prizes from the partners.

Google will be introducing each of the finalists over the next twenty days on its Education blog.

Last year’s winners – Ciara Judge, Sophie Healy-Thow and Emer Hickey – took on world hunger as they investigated the use of diazotroph bacteria as a cereal crop germination and growth aid.

Read next: Google Science Fair 2015 is looking for students who can change the world

Read next: Google's Project Tango is now available outside of the US