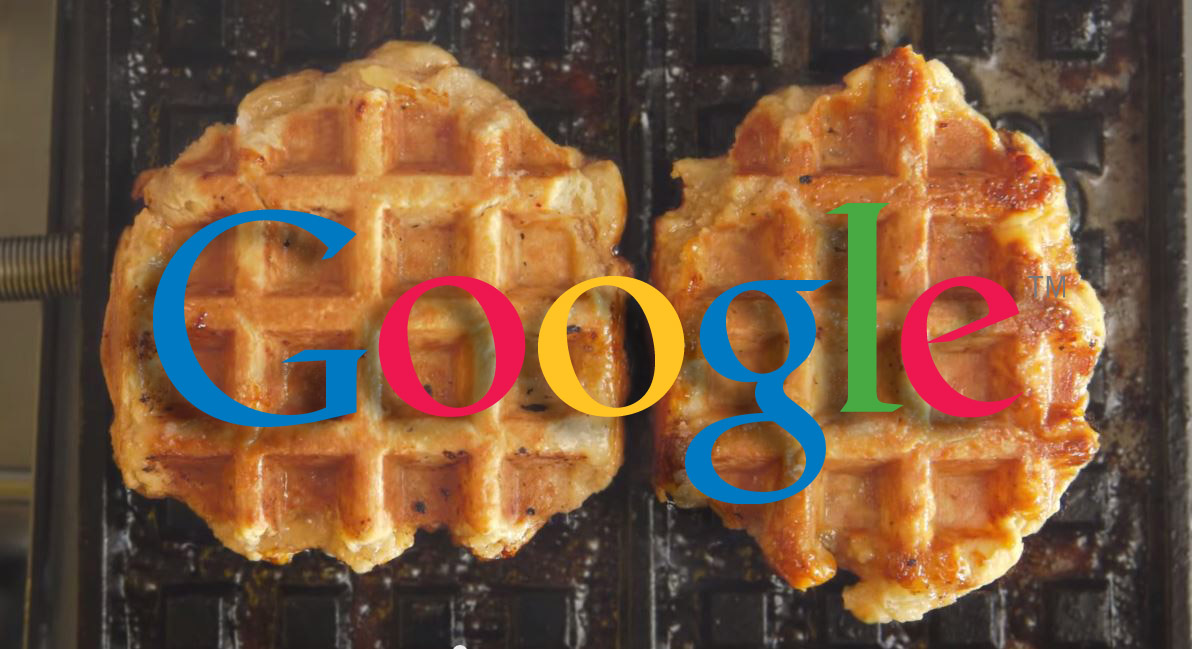 Here’s a mystery: the Google Photos Twitter account sent out a tweet and video today suggesting you’ll soon be able to “pay with a photo” in NYC… and something to do with waffles.

We've got something very special cooking next week in NYC. Want a hint? Wafels not waffles. #paywithaphoto https://t.co/xJxBFySDGS

Is Google about to unveil a new transactioin system for Android Pay or Wallet, allowing you to buy with a simple photo of your food or merchandise? Or perhaps it will be like the rumored Mastercard pay-with-a-selfie technology. What do wafels have to do with anything?

As one of TNW’s resident NYC reporters, it wasn’t hard to see the pieces coming together. “Wafels, not waffles” could only mean one thing: Google is partnering with Wafels & Dinges, a frequently-misspelled but very popular New York City food truck chain specializing in amazingly delicious Belgian pastries.

Compare the mysterious box featured in the Google video above….

The evidence is (see update below).

While a new payment technology would be fun to write about, the answer to this puzzle is likely then more pedestrian: Google will run a promotion for free or discounted items when you take a photo of your experience and upload it to the new Google Photos service. The app can also collect location data, so perhaps it uses that information to know you’re at the wafel truck in real-time.

It’s likely this will only be the first such partnership, and Google will add different food places or shops over time. It would be a neat way for Google to encourage more people to download Photos, while also helping them get something out of it.

Of course, I could be wrong. Whatever the real reason though, I’ll be on the scene to, umm, ‘research’ my hypothesis next week.

Update 5:09 PM ET: Droid Life reports that a Google Photos food truck of sorts will be traveling through NYC, Portland, Los Angeles and Austin on July 29. It will host contests to use the apps’ search feature to find images of specific items. To win, the contestant has to show a specific photo to the food truck, after which they’ll get the change to win things.

Read next: Uber's getting sued again, this time in Ontario