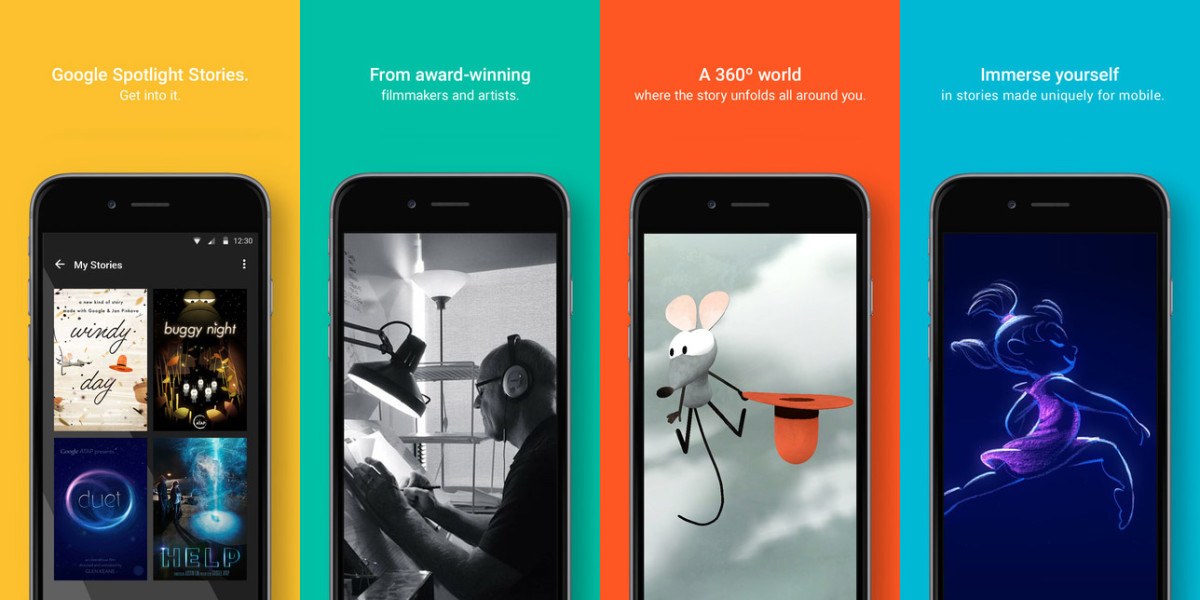 Google Spotlight Stories, a hub for playing 360-degree movies on your phone, has finally made its way to iOS.

The app uses your phone’s motion sensors to allow you to explore different parts of the movies by looking around anywhere in a 360-degree sphere.

To be clear, these movies aren’y exactly virtual reality – you move your phone around to look at different parts of the films, but you don’t need a Google Cardboard headset or other VR system to view them.

Spotlight Stories first appeared as ‘Spotlight Player’ on Motorola’s Android phones back in 2013. and made its way to other devices via the Play Store in May.

The app includes a few movies so far, including animated films ‘Windy Day,’ ‘Buggy Night’ and ‘Duet,’ as well as the live action ‘Help‘ announced at Google IO. They’re not feature length stories, but they’re fun demonstrations of the technology nonetheless, and a glimpse of a potential new medium for film-makers.

Read next: Google brings Spotlight Stories from Motorola devices to the Play Store

Read next: No, there isn't a 'secret' middle finger emoji in WhatsApp