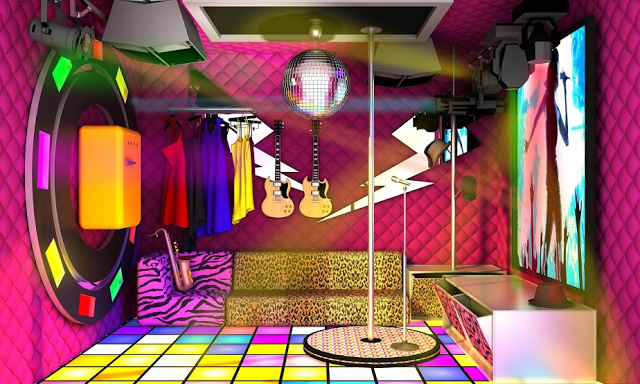 The move to cloud apps and storage can bring a ton of benefits for businesses abandoning their on-site solutions, but there’s one big downside that often goes unnoticed: what will you ever do with all those empty server rooms?

Google apparently feels guilty for its role here, so it’s gone ahead and proposed a few designs on its Google for Work blog you can use to redecorate those dark windowless rooms.

For example, maybe you’re on a diet, so why not turn them into a hipster salad bar?

But then again, diet alone isn’t enough for a healthy lifestyle, so perhaps you’d prefer a room where you can play basketball, lift weights, rock climb, practice your archery and swim with a rubber ducky all at once.

Google teamed up with interior design firm PDM International to come up with the makeovers (seriously).

No, it’s not April Fools’, but I guess its a quiet Monday for us too.

Read next: Why I switched from Google to DuckDuckGo; it’s all about the bangs

Read next: This hipster radio station is so 'cool' that you have to be there… literally