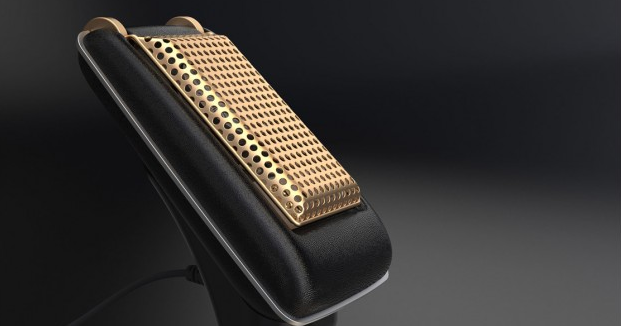 I have watched pretty much every episode of ‘Star Trek: The Original Series.’ My dad was a big fan. But I’m not a true trekker/trekkie (though I do know about that debate).

I’m certainly not one fanatical enough to buy this $149.95 official Star Trek Communicator.

It hooks up to your phone using Bluetooth, so it’s not too far from the indignity of a headset in some ways, but when it stars shipping in January 2016, it’ll bring a 50-year wait to an end.

Since Star Trek: TOS debuted in 1966, fans have wanted to get their hands on an officially sanctioned Communicator. This is the first licensed version to also be fully functional.

It’s being created The Wand Company and is based on structured-light 3D scans of the an original prop. It’s made of pressed and die cast metal, aluminium and textured ABS. It comes with a magnetic charging  stand, which has a multi-coloured LED to indicate charging status.

The makers of the Communicator have put a high quality microphone and speaker into the shell. But while it can play music and make calls when connected to your smartphone, it doesn’t support sub-space frequencies or give you enough range to go on an away mission.

Read next: Play an adorable pixel art recreation of Star Trek: The Next Generation