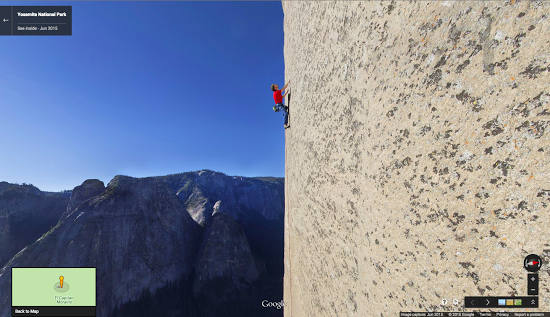 The search giant teamed up with well-known, experienced climbers Tommy Caldwell, Alex Honnold and Lynn Hill for the project to capture images of the rock face.

The images captured allow you to explore El Capitan through 360-degree panoramas or even virtually climb the rock wall through vertical Street View.

The collection shows the climbers on their ascent of the sheer vertical face, taking a rest and even joking around with the street view cameras.

You can get a closer look at the notoriously difficult climb and how the climbers tackled it in the video below. Maybe don’t watch it if you have a fear of heights.

Read next: Ford will now let you rent out your new ride to pay off your car loan