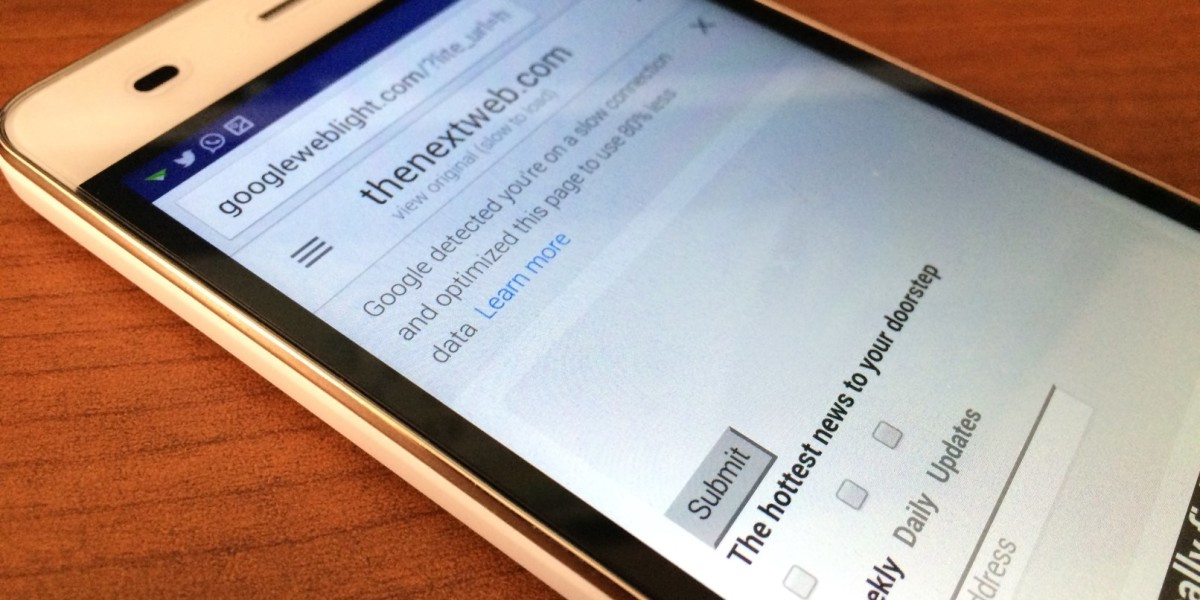 Google announced today that it’s rolling out a new feature to Android devices that will optimize Web pages so they load faster on slow 2G connections in India.

The company began field testing this feature at the end of April in Indonesia. It transcodes pages for quicker delivery on the fly when it detects that a user in on a slow connection. It appears that the method strips out Google Analytics scripts and some CSS styling.

Here’s an example of what that looks like, alongside an unoptimized mobile site.

Android users in India will be able to experience optimized page loading over the next couple of weeks. Google is also launching this feature in Brazil soon.

Read next: Apple Music may have competitive local pricing in India