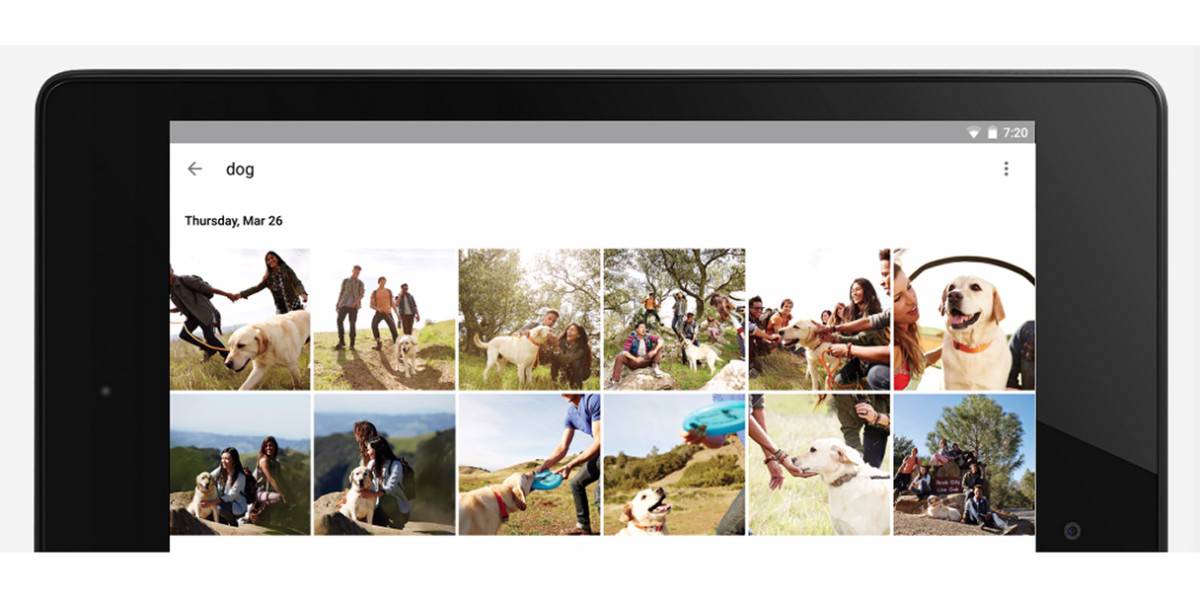 One of the more popular announcements of yesterday’s Google I/O keynote was the immediate launch of Google Photos. This online photo service, which the company severed from its Google+ social network, was rolled out as a brand new photo app for Android, iOS and the Web.

It is designed to provide a place for all your photos and videos to reside, help you organize and get creative with your photos and share and save the ones that are meaningful to you. An auto backup and syncing option is also available.

With Google Photos, you can back up and store an unlimited number of high-quality photos and videos for free, but it’s limited to 16 megapixels for photos and 1080p for HD videos.

Editing tools on the desktop

As you sign in to Photos with your Gmail account, and give the app access to your images, it immediately organizes them by date. When you tap the blue search button, you will see a list of pre-set categories Photos creates based on the content of your images. A round tab lets you scrub quickly through dates or you can use pinch and zoom gestures to navigate through your photo collection.

Photos will identify People, Places, Things and Types (such as videos, creations, and Google Drive). Choose a person, and it will show you all the images you have of that person.

Editing tools are minimal and controlled by a slider interface. If you want to annotate or edit your photos yourself, you’ll have to choose another app — which is inconvenient.

A feature called Assistant either lets you create albums, movies, stories and collages or will do it for you automatically.

It can recognize dog breeds.

If some of Google Photos’ features seem familiar, that’s because they are.

Like many photo apps, you can group your photos into albums and collages or you can create movies, animations, and stories. With stories, you pick five or more photos that the app will use to make an animated video.

Certain elements of the Assistant were already present in a feature called “Auto Awesome” in the old Photos app for Google+. Auto Awesome gave you automatic slideshow movies and GIFs from your photo sets.

New to Google Photos today is the more popular Machine Learning visual search technology that lets photo apps peer deep inside a picture to automatically search for faces, places, and label things without any manual tagging. It also syncs with iOS and the Web.

A cool long-select gesture (like Flickr’s) lets you drag your finger across a group of photos to select them.

Unlimited storage has a particular definition for Google Photos, and in truth, it will likely mean just that to most casual users. Because most people are shooting from a mobile phone, the app’s 16 megapixel limit per photo makes sense. Once uploaded, Google uses compression to save space on its servers.

Visual search feature works fairly well, but is not perfect and is designed to get better over time. Several other images had butterflies.

This app is not designed for professional photographers. However, pros or those who prize high resolution images can upload large images — even Raw and TIFF formats are supported — but they will count against your Google Drive limit.

Once your 15GB of free Drive space is full, it’s $10 per month for a terabyte of cloud space where photos are stored at original resolution.

I would not have thought of making this pano, but it’s pretty cool.

The  Assistant is part of the app that automatically applies creative presentations to your images. Speaking subjectively, I could take or leave most of what I saw the Assistant do.

That said, it did put a rather nice vintage effect on one of my images and stitched together a respectable looking panorama that I would not have thought of doing, just because it could, but I found some of the GIF animations to be a bit cheesy.

The Story feature has more appeal with a different take on the traditional slideshow that looked quite elegant, and you can do such compositions manually too.

Google Photos is something of a cross between Apple’s Photos app and Flickr. Like Flickr, it offers a large amount of storage space free of charge. Parts of its interface and storage and sharing scheme resemble Apple’s iCloud, but also Dropbox Carousel and others.

Like Flickr’s service, Google Photos uses Machine Learning technologies to identify objects in your photos — a particular dog breed, for example, or a butterfly, horizon, or bridge. Also like Flickr, Google Photos  automatically tags your photos. This visual technology is designed to get smarter and better over time, so don’t expect it to be perfect right out the gate.

Both Apple Photos and Flickr offer much more in the way of editing capabilities, and of course Apple is not giving away astronomical amounts of storage space for free. But like Apple, Google Photos goes hand in hand with an overall ecosystem.

At launch, Google Photos is a basic standard issue photo app that offers a number decent features, some of which were already built into the previous Google+ Photos app, or that rival apps can also provide.

One nice bit is that the app runs on all iOS and Android devices from the outset — no endless waiting for an iPad (or iPhone) version, like some other vendors that dole out the mobile goods piecemeal.

Google Photos is convenient and easy to use — probably easier than Flickr — and it’s keyed to your Google account so you can automatically back up and access all your photos from anywhere, and even sync them from your desktop.

Google Photos enters the arena in a strong position. If you have a Gmail account, then you are in the Google universe and thus a prime candidate for Photos. And it’s made even stronger now by shedding its social network.

Read next: Google Photos behind the app — scanning makes it special and Here’s why Google+ and Google Photos are now separate services

Read next: Google's new Cardboard experiences convinced me VR is here to stay