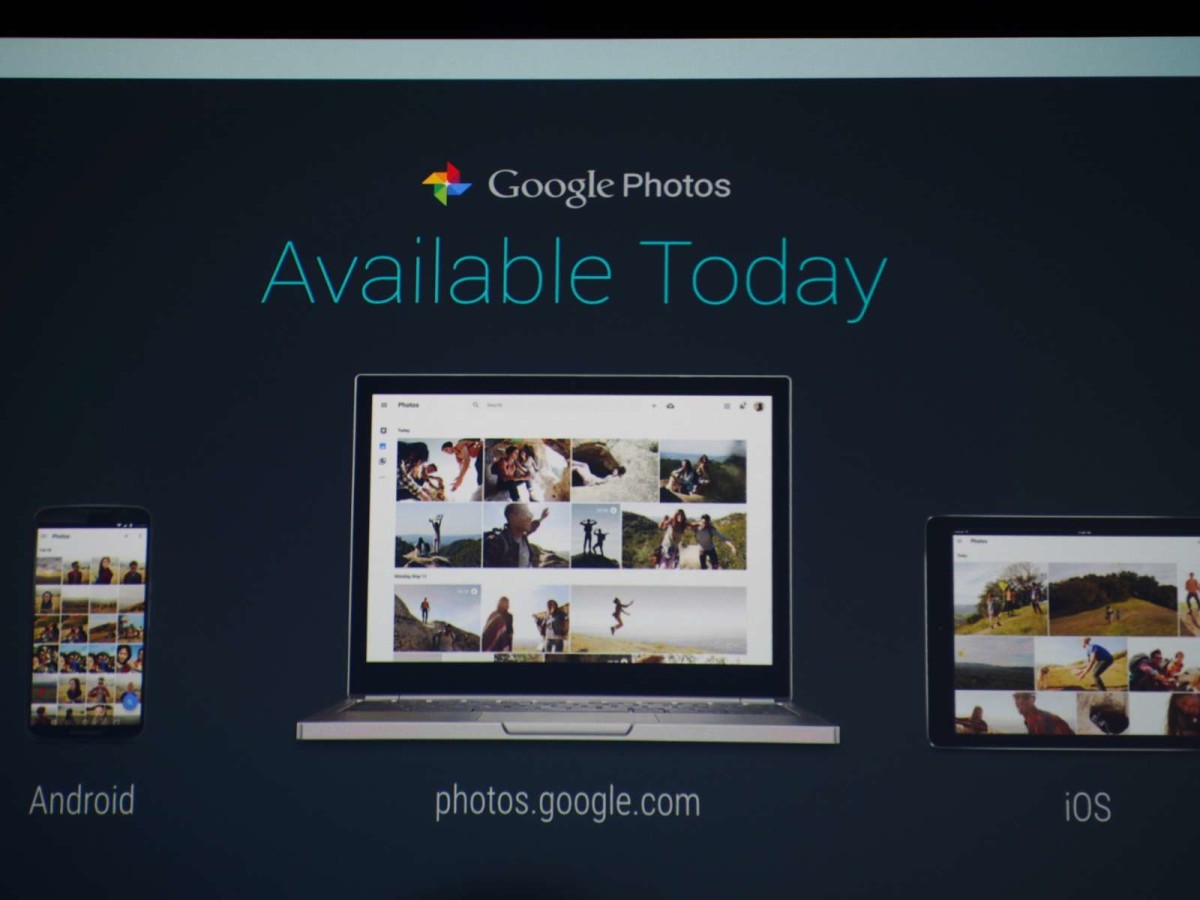 Google has launched a new photos app called – appropriately – Google Photos. It aims to improve how you store and organize your huge photo collection. Three concepts for Photos are: a secure home for your media, organization and sharing.

Google Photos available today for iOS, Android and the Web.

Yes please
You can edit photos in-app as well as create collages, animations and stories. Machine learning makes the app smart, Google says. Over time, Photos learns faces and will organize images based on the people in them — scanning for people, places, or things to organize them. A share option utilizes more than just Plus, as in the past.

Photos looks a lot like Photos in Google +, just without the unneeded social component. The pinch-to-zoom feature acts like Apple’s Photos app and zooming in and out takes you to a more close-up view. It supports up to 16mp photos and 1080p videos.

You don’t have to tag or label photos or create albums. When you want to find a particular shot, just do a simple search to instantly find any photo. Auto-grouping is private by default.

Photos will also bring Assistant, which helps manage your photos. Videos made from photos and video are also created automatically.

➤ Picture this: A fresh approach to Photos