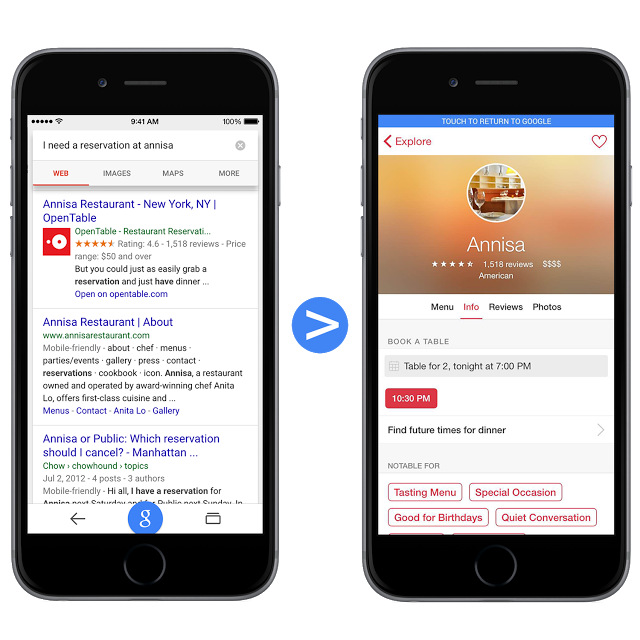 A little over a month ago, Google began suggesting users install Android apps right from its search results. Today, iOS users are getting a similar treatment.

The App Indexing feature allows the search engine to pull content from Android apps directly into its results, and open up the link right in the relevant Android app. Should the user not have the app installed, they would be prompted to download it from the Play Store.

Today’s update will allow iOS app makers to do the same in Chrome for iOS and the main Google App.

Google’s launching the feature with a few select partners to start, but developers can prep for the eventual public release by adding deep linking support to their apps, making it easy to return to search results, providing deep link annotations, and then applying to be featured in the App Index.

Read next: Watch: This angry guy made a rotary phone into a modern mobile so he could slam it