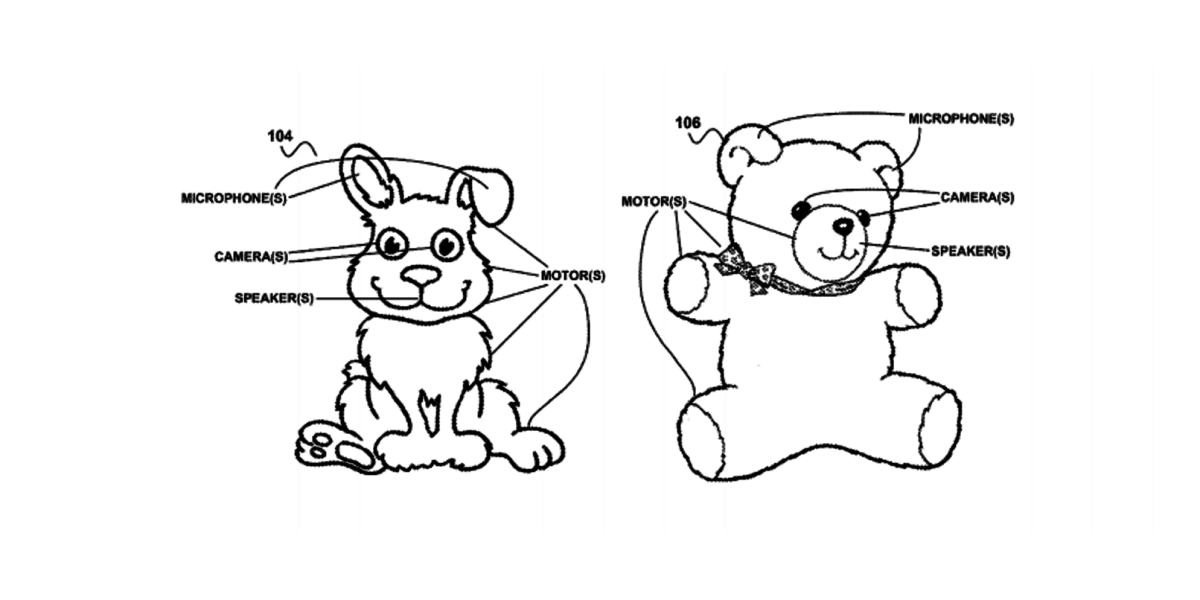 According to this recent United States Patent and Trademark Office (USPTO) filing, Google could be mulling a move into ‘smart’ toys for kids.

Spotted by HotHardware and Engadget, the patent looks to make “an anthropormorphic device” (in this instance, a teddy) able to control other devices and respond to verbal cues from children or adults. So far, so only partly creepy.

Where it starts to get a bit weird is the filing describing how the teddy moves its head to look at the source of the commands. It would have cameras in it too. Cameras and mics are not traditionally things found in toys aimed at toddlers and young children, and using them to send data back to Google’s systems so that the company can interpret it and give the correct response just sounds like a step too far to me.

This might not sound too creepy, but think about all the data that Google already holds about you and your family – your email, your movements, your photos, all your contacts, basically everything. Now add that to the company’s ambitions to offer a mobile operator service and fixed-line broadband services (which means it gets even more of your data) and giving Google a direct line to communicate with your child doesn’t necessarily seem like the smartest move. It’s a pretty extreme way to target ads more accurately.

Of course, if you like animatronic teddies and are happy to let Google’s answer questions for your child, then this probably doesn’t seem creepy at all. With other high-profile connected toys like Cayla hitting the headlines for their potential for hacking, it’ll likely be a while before parents feel totally happy entrusting their child to ‘smart’ teddies. To allay those fears somewhat, the IBM Watson-powered dinosaur anonymizes all personal data. That’s still not enough for a lot of parents, though.

As with many patent filings, there’s a good chance that Google will never really put this tech to work (the patent application was filed back in 2012) in the commercial sphere, but even knowing that it could potentially want to capture data from the next generation of internet users before those people are even aware of what the internet is sounds borderline predatory.

There’s a difference between a research project wanting to better understand or hone a particularly type of technology and a company looking for a better way to harvest personal data.