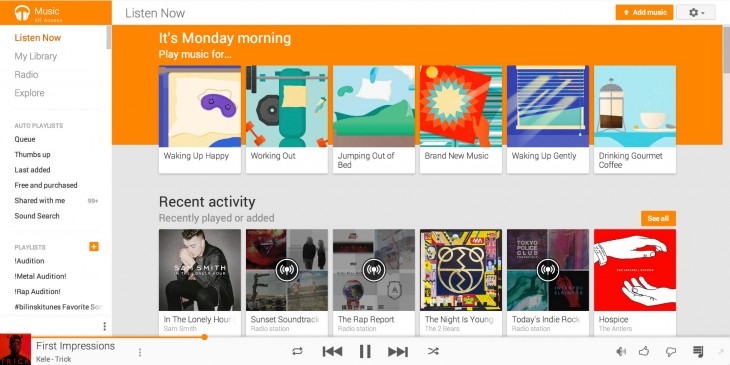 While Spotify, Rdio, Rhapsody and the new YouTube Music Key get all the press,  the Google Music Play service is actually pretty cool and today, it just got a bit better for listeners in the UK.

TechCrunch reports that the company is bringing its Songza concierge playlists to the UK. Google, which purchased Songza in July, launched the feature in the US in October.

The feature lets you start typing activities like working out or relaxing, and a playlist will be generated for you. You listen to playlists based on time of day, mood and activity. Plus, there are also human-curated stations.

Like all songs and playlists in the service, they can be downloaded to your mobile device for offline listening. It’s a fun feature and users in the UK will be pleasantly surprised the next time they launch the service.

Read next: Lift launches major overhaul, offering 1-on-1 coaching to help you achieve your goals