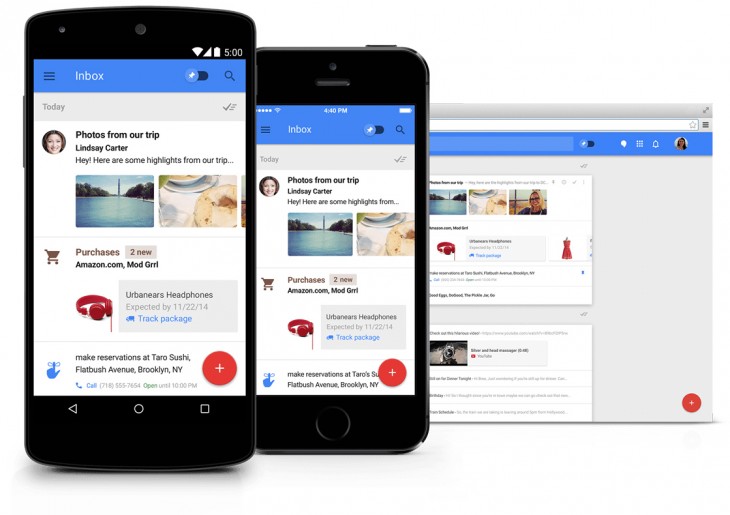 The Google Inbox team participated in a Reddit Ask Me Anything (AMA) session today, fielding questions from users about its new product and where it’s headed.

We don’t know much about Google’s plans for Inbox, but today we’ve discovered that the company isn’t sure it’ll replace Gmail as the default email experience. A user asked if Inbox will replace Gmail on the long road and the team replied:

In the short term, no. In the very long term, we hope so. Inbox is something new – that’s why we’re launching it as a separate product. We care deeply about Gmail and Gmail users, but in the long run as we add more features to Inbox and respond to user feedback we hope that everyone will want to use Inbox instead of Gmail. Ultimately, our users will decide.

When pressed further about whether or not Inbox sits beside Gmail as an extra product or if features will eventually cross over, the team said that there are no plans to add features to Inbox that will find their way back to Gmail.

Supporting these accounts comes with other demands and we’re working hard on addressing them so we can get Inbox to Google Apps users. We were pleasantly surprised to see how open-minded Inbox users are to making big changes to their work email workflow, and the high demand for Inbox on Google Apps accounts has already caused us to speed up our efforts to bring Inbox to all of you. Hang tight!

One other concern from many users was Google’s restriction to only allow Chrome users into Inbox, which the team put down to the simple fact that most of the company uses Chrome internally. They also pointed out that other browser support is coming soon.

Google Inbox is available by invitation only by emailing the team via the address listed here.

➤We are the Inbox by Gmail team. Ask us Anything! [Reddit]

Read next: Google to release kid-friendly versions of its products