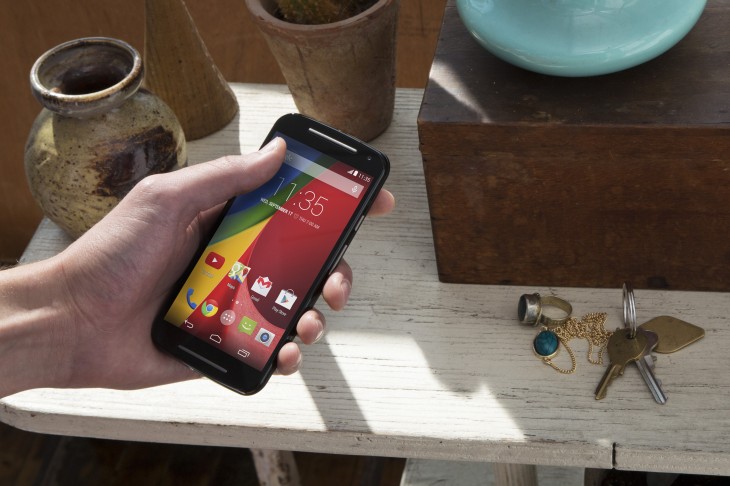 Unless you’ve already got your hands on Google’s latest flagship Nexus 6 or Nexus 9 devices, you probably haven’t yet got a taste of Android 5.0 Lollipop. If you’ve got an unlocked second-gen Moto G though, you can be among the first to try the newest version of Android with an over-the-air update.

Ars Technica reports that Motorola’s mid-range smartphone is the first device that’s already available, to receive the update in the form of a 386MB download.

This update is rolling out ahead of those for Google Nexus 5 and Nexus 7 (2012 and 2013 editions) devices that run stock Android, and comes as a surprise to most Android users who have previously been used to seeing Nexus phones and tablets receiving updates first.

Android 5.0 Lollipop updates should arrive on other Moto and Nexus devices, as well as the LG G3 (following a Lollipop update leak)  in the coming days, following a delay caused by a battery-draining bug that has since been fixed.