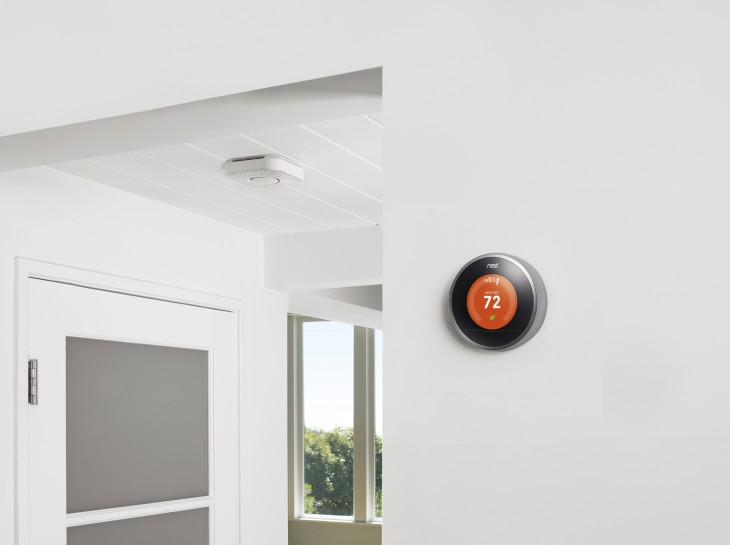 Nest Labisn’t content with simply offering its own smart home devices: It wants to be the platform that binds all home automation hardware together.

Today, the Google-owned company announced that its products are now compatible with a bevy of other influential players: Control4, Crestron, Dropcam, Remote Technologies Incorporated, and Universal Remote Control.

It’s an extension of the ‘Works with Nest‘ developer program announced in June. A handful of high-profile partners were announced at the time, including Mercedes-Benz and Jawbone, but today represents its first real integration with companies that build hardware and systems specifically for the home.

The partnership with Dropcam, a home surveillance startup acquired by Nest earlier this year, will mean that its cameras will start recording automatically when a Nest Protect alarm goes off. Likewise, when you set your Nest Thermostat to Away – for instance, when you’re about to go on holiday – Dropcam will turn on motion alerts to ensure your home is secure.

URC, RTI, Crestron and Control4, meanwhile, offer whole-home automation systems that cover a wide range of features such as lighting, music and security. Although they’re not the most recognisable brands, the potential is clear; being able to control Nest products from other apps – such as those that cover the majority of your home automation hardware – and automating actions based on your input, or data recorded by different-branded devices in your home.

It’s early days, but it appears Nest is laying the groundwork for an all-encompassing smart home system. A lofty goal, but one that could prove particularly lucrative in the future.

Read next: Is there progress on the Net?