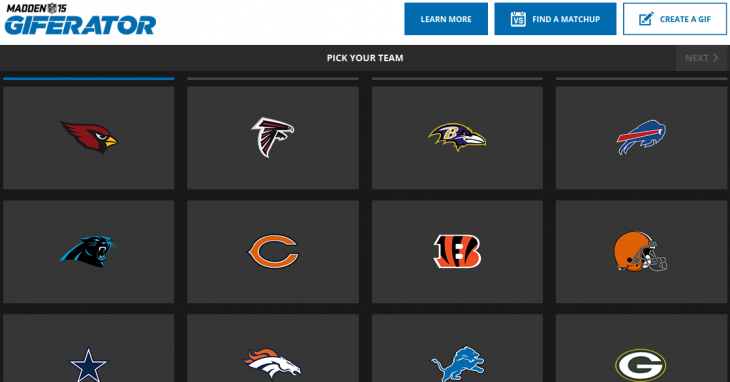 You may have noticed that GIFs have made a big resurgence in recent times, and as such, to mark the start of the new (US) football season, Google has partnered with EA Sports to roll out the Madden Giferator, meshing GIFs and ‘smack talk’ into shareable little nuggets of content.

During every NFL game, the Madden Giferator will create and broadcast a stream of memes using live NFL game data and Madden NFL 15 footage, converted into little GIFs (yes, this is ultimately a promotional tool). These will appear on the Web-based MaddenGIFERATOR.com, and circulated across the usual social channels.

Additionally, you can also create your own GIFs, choosing specific players, teams, headline and background image.