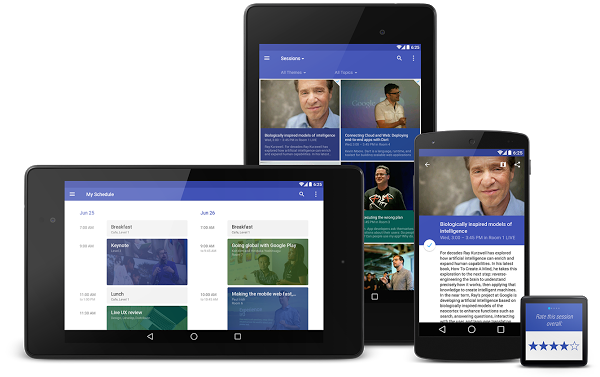 Google today published the source code for its I/O 2014 app in hopes of teaching developers some of its best practices for Android apps.

While you may have used the I/O 2014 app to plan your schedule at the conference, Google had bigger plans for the app. It’s designed to serve as a kind of template for other Android apps.

The company rebuilt the app to work with JSON files instead of a specific API so that it can be easily repurposed for other conferences.

In the future, Google plans to publish technical articles related to the source code, and it will update the app over the next few months.