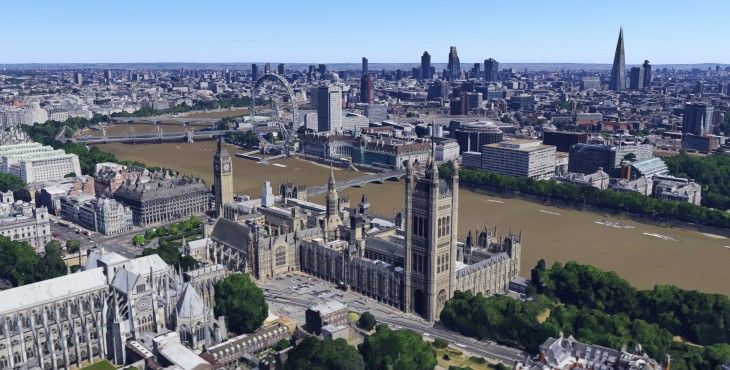 London is the latest city to be updated with 3D buildings and terrain in Google’s popular mapping services. If you’re using Google Earth or the ‘Earth’ layer in Google Maps, you can now explore some of the capital’s iconic landmarks from the comfort of your living room.

Using 45-degree aerial imagery, Google has updated its digital representation of London with 3D buildings you can pan, zoom, tilt and rotate at will. If you’ve ever wanted to hover above St Paul’s Cathedral, float around ‘The Shard’ or skydive into Trafalgar Square, your wish has finally been granted. (Sort of.)

London is the fifth UK city after Birmingham, Leeds, Reading and Stoke on Trent to be given the 3D treatment inside Google Maps and Google Earth.

Read next: Google Analytics gets its own official dedicated iPhone app so you can view your data on the go