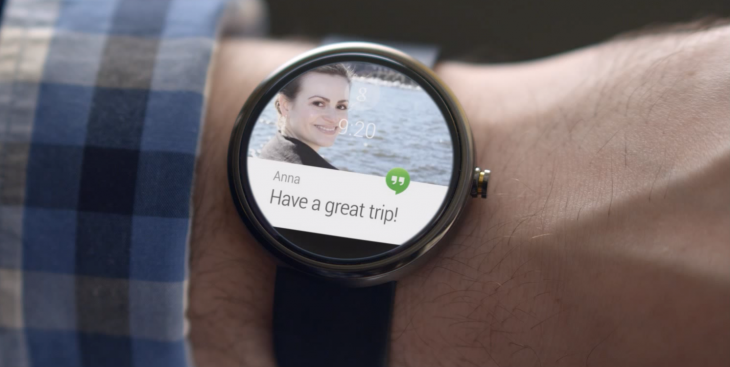 At Google I/O, the company made available the software development kit (SDK) allowing developers to integrate Google’s Android Wear platform with their own devices and apps. Today a handful of apps, including third-party ones like Duolingo and Pinterest, are finally live on a dedicated section in the Google Play store.

First announced back in March, Android Wear is Google’s custom platform for smartwatches and it has already seen pledges of support from device makers such as LG, Motorola and Samsung. Google today also rolled out Google Play Services 5.0 that introduces a set of APIs to make it easier to communicate with apps that run on Android wearables.

We teased six of the first third-party Android Wear apps last month, but a few of them still haven’t surfaced yet as it seems like Google is still propagating the list.