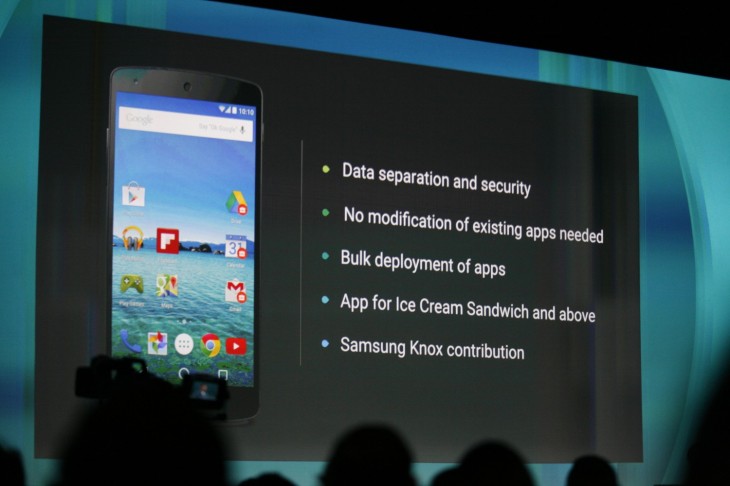 Google today announced that it will bring native Office editing to its Google Docs cloud service. The company also unveiled a new Android for Work program that will help enterprises deploy devices.

Android for Work will arrive as part of the upcoming Android L release with new APIs that allow users to keep their personal data and apps from their work ones. Samsung’s KNOX security features will also be included in Android for Work.

Google plans to introduce an Android for Work certification program this fall with guaranteed updates and enhanced security. A new premium Google Drive pricing for enterprise customers includes unlimited storage for $10 per user per month.

During its I/O keynote, Google also revealed that its Drive service now has over 190 million monthly active users. The product’s user base has grown 85 percent in the last year alone.

Google’s Office support is made possible through its 2012 acquisition of Quickoffice. Last year, Google made Quickoffice free for all users on Android and iOS.

Check out our Google I/O liveblog and our event page for the latest news coming out of the conference.

Read next: Victorious lets YouTube stars create their own apps for free to manage their business and fans