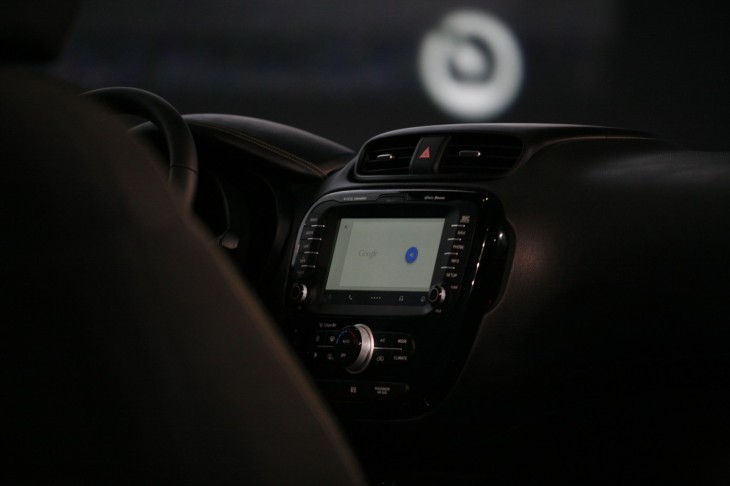 Google is bringing Android into the car. The company today unveiled Android Auto, a new voice-enabled software experience for drivers.

It’s based on navigation, communication and music, so users won’t have to search through an endless grid of icons – an unpleasant experience and also pretty dangerous while on the road.

The platform is also contextually aware, placing Google Now cards front-and-center. So if you’re leaving the office, Android Auto might offer the route home, including an estimated travel time, and your favorite music playlist.


All of the apps run on the smartphone, which means it’s easier for developers and users to ensure their favorite services are up-to-date. Of course, these aren’t just blown-up Android apps. Google Play Music, for instance, has been adapted with special on-screen controls which make it easier to skip tracks, access playlists and give records a quick ‘thumbs up’ or ‘thumbs down’.

Google Maps is also making the jump, with a completely voice-enabled version for Android Auto. Drivers can ask a question such as: “When does the museum close today?” In addition to opening times, Google Maps will offer directions to the place of interest. Google says it’ll be possible to go through this process and bring up turn-by-turn directions without ever touching the dashboard.

As part of its announcement, Google unveiled the Android Auto SDK so developers can quickly offer their apps in users’ vehicles. A number of partners have already signed on, including Pandora, Spotify, Stitcher and Songza.

Android Auto will be available with the public “L” Android release alter this year. Google says 25 car manufacturers have already pledged their support for the platform and promised the first Android Auto-compatible vehicles this year.