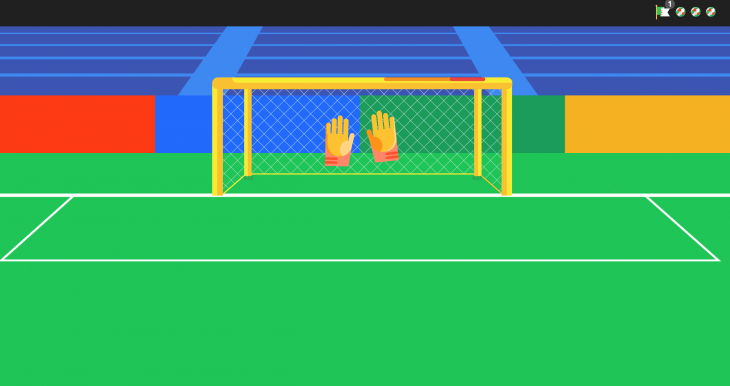 So you’ve got World Cup fever, but there aren’t any games on. Google’s got your back with a set of browser-based mini-games called Kick with Chrome.

The experiment includes three games: Infinite Dribble, Space Kick and Shootout. You’ll need a smartphone or tablet to play, though you can also use your desktop browser as a big screen for multiplayer experiences.

Infinite Dribble has you tilt your device to control a soccer ball as you dodge a never-ending onslaught of defenders. In Space Kick, you have to kick a ball into the air by dragging a cleat around. Shootout pits you against a virtual goalie as you try and flick the ball in.

There are multiplayer modes for each version, but it didn’t work when we tried to start a game on mobile. I did succeed in inviting my colleague to a shootout from my desktop browser, but since she wasn’t in the same room as me, she couldn’t see the goal.

Kick with Chrome does a great job showing off how powerful desktop and mobile browsers have become at creating app-like experiences. If you’ve got some downtime while you’re not watching World Cup, give the games a try.