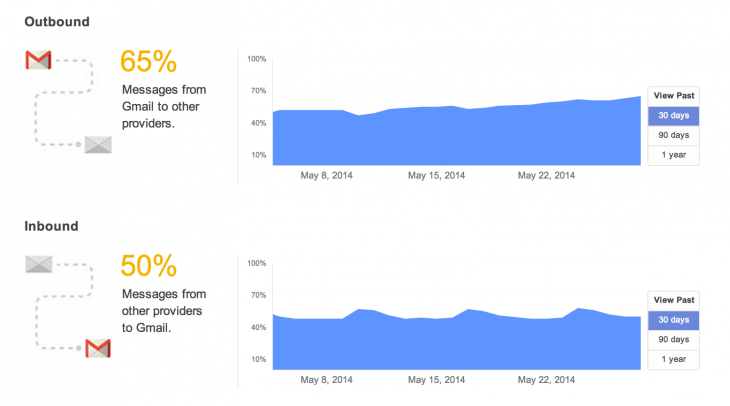 Google revealed today that it has added a new Safer Email section to its Transparency Report in order to document the percentage of outbound and incoming Gmail messages that are encrypted.

According to the company, 65 percent of Gmail messages sent to other email providers over the past 30 days were encrypted during transit. Meanwhile, 50 percent of messages from other providers sent to Gmail accounts employed Transport Layer Security (TLS).

The report also highlighted the top domains sending to and receiving from Gmail and their respective encryption rates. Amazon’s marketing email service is the top inbound domain, while AOL.com is the top outbound. Constant Contact and Comcast.net showed up as major domains that lack transport encryption when communicating with Gmail.

Read next: Motorola announces Android 4.4.3 update for Moto X, Moto G, and Moto E will start rolling out this week