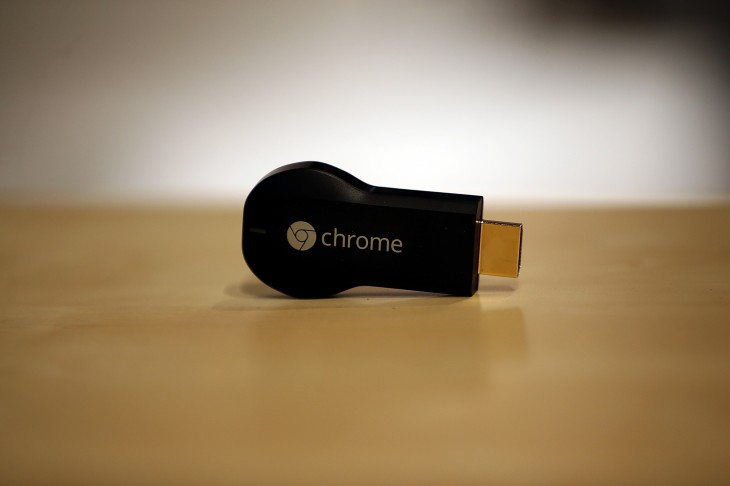 Google’s Chromecast is finally expanding beyond the US with a launch in the UK. Electrical retailer Currys expects to sell the tiny streaming dongle from March 1, although it’s a provisional release date which is still to be confirmed.

Correction: A Google spokesperson did not comment or confirm the date for TNW. A spokesperson for Currys, not Google, said the date was “provisional” at this stage. However, plans are definitely afoot to bring Google’s Chromecast to the UK. When we know more, we’ll be sure to update this article.

It’s the first market outside of the US where Google will be launching the device, which allows users to easily view tabs in Chrome and native apps such as Netflix, YouTube, Hulu Plus, VEVO, HBO GO and Google Play Movies on their TV.

Earlier this week, Google launched an official Google Cast SDK so that any developer could add Chromecast support for their native apps. Since the announcement, Beats Music and Rdio have confirmed that they’re now working on Chromecast streaming for their services.

We’re yet to hear how much the Chromecast will cost in the UK, or whether it will be available in other retailers, including the Google Play webstore. Regardless, the move signals Google’s ambitions and support for the device – which some had feared would end up like the mostly unsuccessful Google TV.

Read next: This crowdsourced RoboCop remake is utterly bonkers