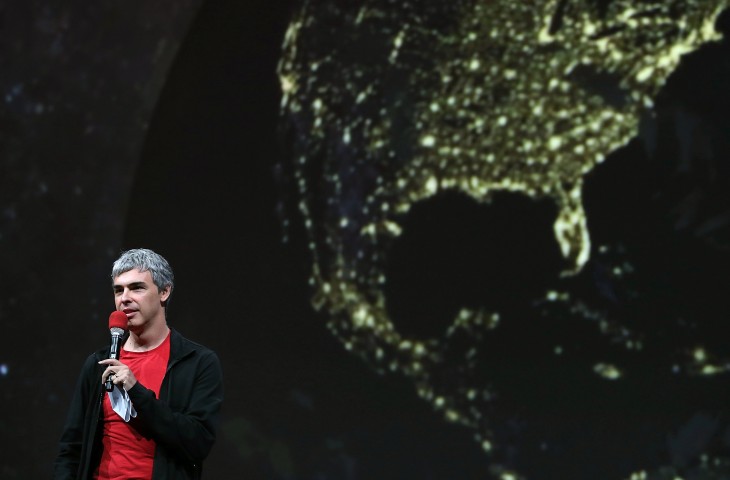 Google performed well in 2013 (read our ‘Year in Review‘), launching a plethora of new and improved products, ramping up its profits each quarter and maintaining its dominance in the mobile OS race. As we enter a new year, our attention turns to 2014 and where Google will focus its efforts next.

What follows are my predictions (I can’t foresee the future, unfortunately) about how Google will develop its business over the next 12 months. Feel free to post your own ideas in the comments section at the bottom of this piece – it’s always fun to guess what a company like Google will be up to next.

Google kept Glass, its intriguing head-mounted personal computer, rather low-key in 2013. There was a notable hardware revision which bundled in a mono earbud, as well as some welcome software improvements, such as support for Google Play Music and the ability to take a photo with a casual wink.

Google is now touring the United States to let the public try Glass for themselves. Although Google has missed the end of 2013 release window previously given to The Verge, we can’t help but feel that the device is nearing public availability. Google’s Eric Schmidt pointed to a 2014 launch in an interview with the BBC, which seems far more realistic.

Google will almost certainly be showing off more of Glass and releasing further software updates in 2014. Will it be on store shelves before Christmas? Probably – expect some new details at the Google’s next I/O conference, which will most likely take place in May or June.

Many technology companies are looking at the living room as the next key growth market. Sony and Microsoft released new gaming consoles in 2013, while Google launched a small $35 streaming dongle called Chromecast.

Google has struggled to establish its smart television platform, Google TV, since its launch in October 2010. The Information [paywalled link] reports that a new, Android-powered set-top box is now in development and could hit the market in the first half of 2014. Reportedly called Nexus TV, it would allow users to play Android games, but not live TV.

We’re putting this in the ‘Maybe’ category for now. A device similar to the Apple TV or Roku’s range of streaming boxes would make sense, but could be difficult to market in tandem with Chromecast and Google TV.

Last year, we couldn’t stop talking about smartwatches. While the Pebble, Samsung Galaxy Gear and Sony SmartWatch 2 grabbed some attention, it was the rumors surrounding Apple, Microsoft and Google that had many transfixed.

According to the Wall Street Journal, the digital wristwatch will run on Android and connect to users’ smartphones via Bluetooth. While the report states that Google is developing the product, it didn’t confirm a public unveiling or release.

We’re yet to see a runaway smartwatch success and for me, that places some doubt on whether Google would release such a product. An entrance by Apple could force its hand, but Google will be wary of cannibalizing sales for Glass – a wearable that appears to be closer to release and with a groundswell of public excitement and anticipation.

Every time Google releases a new Nexus device, it becomes the standard-bearer for the Android platform. It might not be the fastest-selling smartphone or tablet – Google has never pushed it that way – but it always shows the mobile operating system in its best light.

While there is no guarantee that Google will release new Nexus devices in 2014, we think it’s highly likely. The company has unveiled a new smartphone every 12 months, or thereabouts, since January 2010 and we see no reason why it would want to stop that trend. The Nexus 5 (our review), released in October last year, offered competitive hardware at a tempting price off-contract; we expect more of the same with its successor.

Google is also in the tablet game and a follow-up to the Nexus 10, its aptly named 10-inch tablet built by Samsung, feels long overdue. Some rumors and apparent leaks have been circulating – none of which feel particularly authentic – but we think a new full-size slate with Nexus branding is likely for 2014.

Android took 81 percent of the smartphone market in the third quarter of 2013, solidifying its position as the world’s most popular mobile operating system. Part of that growth was fuelled by Android version 4.3 and 4.4, two major firmware updates that refined its feature set and design last year.

Further refinements for Android should be expected in 2014, although it’s incredibly difficult to predict how Google will develop the platform moving forward. Version 4.4 was by far the best version of Android to date, featuring a lighter, cleaner design and useful new software features, including a smarter version of Google Now, SMS integration for Hangouts and a phone app that lets you search and call local businesses.

Whatever Google decides to call the next version of Android, I’m expecting an even greater emphasis on smart, contextual information. Google Now and Google+, among other services, now give you information or content without any prompt – I expect Google will try to weave these software features even deeper into the user experience.

When Google first launched the Chromecast, there were only a few native apps that could be streamed from the inexpensive TV dongle. That line-up has now started to blossom though, with high-profile serves such as Pandora, HBO Go, Vevo and Songza all pledging their allegiance.

AirPlay has always been one of the standout features for Apple TV and with Chromecast, Google is now offering similar functionality as the standalone feature for this inexpensive device. Unlike many of Google’s other hardware experiments, I don’t think this one will be forgotten or abandoned.

Hopefully the firm will introduce Chromecast to other markets sometime in 2014 and continue to persuade developers to bake support into their next iOS and Android app updates.

I’ve referenced this quote in some of my other pieces, but it’s importance and relevancy can’t be understated. Google+ is being developed as the “social spine” for everything Google offers on the Web, according to Google CEO Larry Page. The new integration with YouTube and the Google Play store last year was only the beginning – in 2014, more of Google’s top products and services will likely tie into Google+.

The execution will be subtle though; Google wants your account on Google+ to be the passport, or overarching profile that connects you to all of its services. While the company will undoubtedly continue to promote the platform as a standalone social network, I don’t believe it will be forced upon users. Your activity on the Web might be repurposed as recent activity or posts for your profile page on Google+, but I doubt it will go beyond that to any great extent.

Microsoft attacked the Chrome OS platform recently in a series of video ads integrated with its anti-Google ‘Scroogled’ campaign. The move was significant, as it suggested that if Chromebooks weren’t already flying off store shelves, Microsoft was worried that they soon would be.

In the US and the UK, Chromebooks frequently top Amazon’s best sellers list for notebooks. In the last 12 months, we’ve seen new Chrome OS-powered laptops from HP, Lenovo, Dell and Acer. Google also launched the gorgeous but expensive Chromebook Pixel and Toshiba will reportedly unveil a new Chromebook in early 2014 .

Laptop and desktop PC sales are on the decline, but clearly Google sees an opportunity to reinvigorate the form factor with Chrome OS. The price-tag is certainly tempting for many users, but it needs to build on the platform and prove that it’s an adequate substitute for Windows, Mac and Linux. Furthermore, expect Google to release some significant updates for Chrome OS and a renewed push for Chrome Apps (formerly called Packaged Apps).

As the platform picks up steam, we’re bound to see new Chromebooks from many of the major PC manufacturers. A successor to the Chromebook Pixel? Unlikely, but never say never…

The core of Google’s business still lies in search. The search engine is still hugely popular, making it one of the most highly sought after online billboards.

To stay on top though, I’m predicting new, smarter features that make the Google experience even more intuitive and accessible. By mining and understanding the information you store within Google’s other services, such as Gmail, Google Calendar, Google Drive and Google+, the company should be able to offer results proactively, based on what you need to know next. So if you’re writing an essay in Google Docs, a next-level Google search engine might offer a set of results for books, essays and articles that match your chosen topic.

Few of us think of Google as an Internet Service Provider (ISP), but with the expansion of Google Fiber that’s just another title to add to Google’s increasingly broad and fluid company profile.

Google will broaden its super-fast Fiber internet network – currently available in Kansas City, Kansas and Provo, Utah – to cover Austin, Texas by mid-2014. Unless the company runs into some major roadblocks in the next six months, that roll-out should proceed on schedule.

We wouldn’t be surprised, however, if Google announced new markets for Google Fiber next year. They might not be available right away, or in 2014 for that matter, but Google likely has plans to widen its Fiber initiative beyond a few isolated regions in the United States. After all, wider Internet access means more people who could potentially use its services and grow its business.

Google does the unexpected. It builds self-driving cars, balloons that carry Internet access to developing countries and new companies to tackle the challenge of ageing and associated diseases. Did anyone see the Boston Dynamics acquisition coming? I certainly didn’t.

With absolute certainty, I can say that Google will surprise us in 2014. I’m not sure how, or exactly when, but at one point this year I guarantee you’ll be taken aback by what the company is hoping to achieve next.

Read next: Report: Kindle and Surface gained most tablet Web share over holidays, iPhone only smartphone to see growth