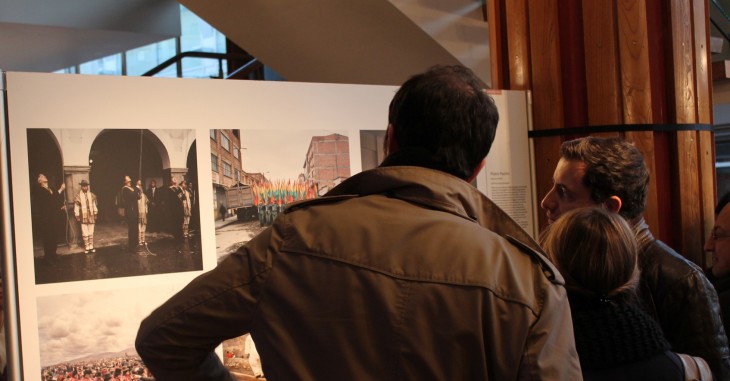 From Lincoln’s Gettysburg Address to the fall of the Iron Curtain to celebrating Spanish influence on the US, Google has been working with a range of museums and galleries to deliver fascinating digital exhibits via the Google Cultural Institute for a while. Now, however, the Internet giant is opening up some of this technology for any cultural institution to create online exhibitions.

Google Open Gallery can be used by small local galleries or large national museums, helping them publish some of their physical artifacts to the Web. Google hosts the actual content on the /culturalspot.org domain, and doesn’t charge for using the technology.

For example, the Belgian Comic Strip Center has already used Google Open Gallery to create an exhibit around its Art Nouveau building — the Waucquez Warehouse — using drawings, photos, and more. And the Fort Collins Museum of Discovery has been comparing archive photos with imagery from Street View.

Coinciding with this launch, Google is also officially opening the [email protected] Cultural Institute, which is basically a physical space within the Google Paris office where the company tests technology such as 3D scanners, million-pixel cameras, and more. It works with museums to test these technologies out in the real world and garner feedback.

Meanwhile, to apply to use the Google Open Gallery you will need to request an invite for now.

Read next: Fiverr hits the iPhone to let you buy weird and wonderful services on the go