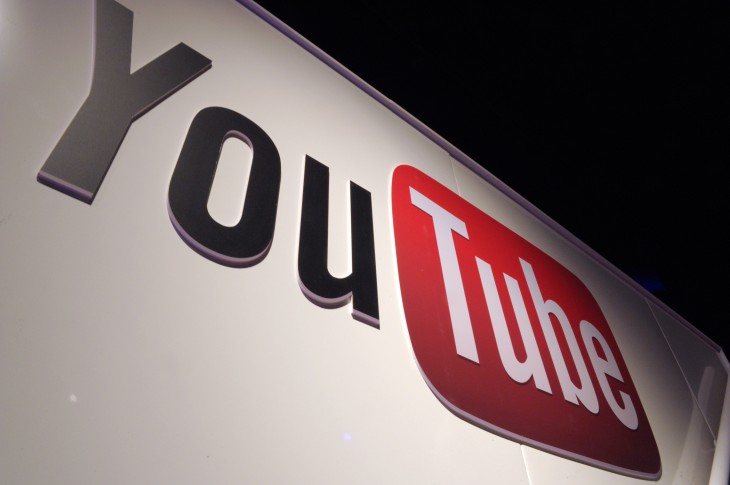 The latest release was noticed by Android Police earlier today. We reached to Google for comment and a spokesperson for the video social network confirmed that the update is coming soon to all platforms. 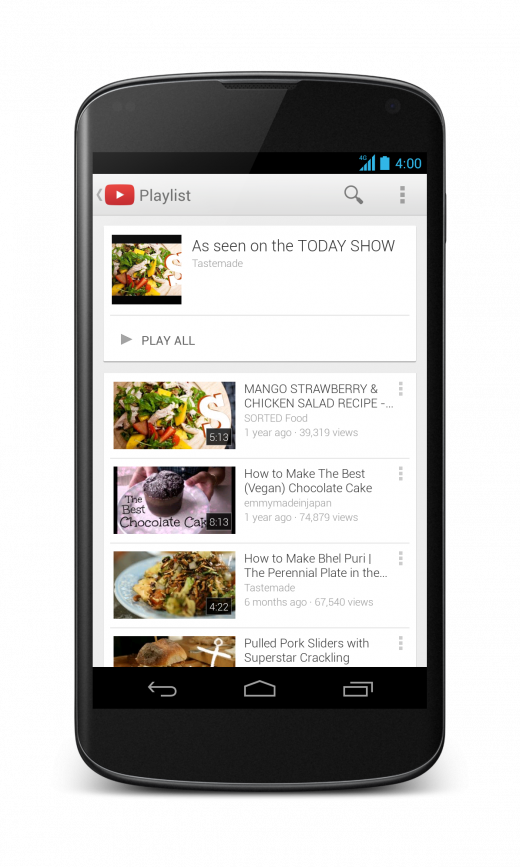 The main navigation has been reworked so that it’s a slide-out navigation that looks much cleaner than before. It doesn’t seem to take up a lot of real estate. In addition, the landscape mode has been updated so that, by default, movies will not prevent you from scouring through other videos. Now, if you turn your mobile device to its side, the site simply rotates to accommodate it.

Perhaps one of the most interesting features that YouTube offers now is picture-in-picture functionality. What this does is allow you to continue browsing through videos while watching one that catches your eye. 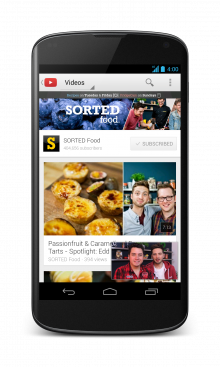 Just like with old school PIP technology, you start out by watching something in the app, then, swiping downward, the video will minimize to the bottom-right hand side of the screen. From there, you can go to the large portion of the screen and scan through other videos. When you find something else you wish to watch, tap on that file and it will instantly play like normal, interrupting the previous video.

In April, the video service said it was testing a new auto-generated playlist feature. Today, that ability is being brought to Android in a self-curated fashion. In the app’s navigation, you can play through your existing playlists, or search channels for other people’s playlists and watch them right from your Android phone or tablet.

With the launch of the Chromecast earlier this month, one must wonder how that would play into the updated app. It turns out that YouTube further integrated the Cast button with a preview screen to let you know when a device is connected. The app also now includes options to queue up more videos for later on.

Today’s reveal is for Android devices, but it would probably be safe to think that an iOS update hopefully will be out soon.

Read next: The UK government smashed the Guardian's hard drives in hopes of stopping the Snowden leaks