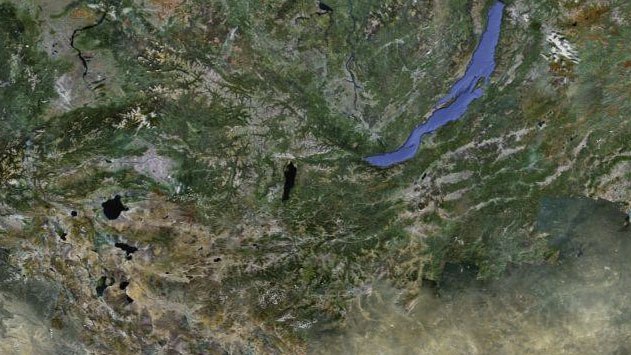 Google is rolling out new cloud-free satellite imagery across is mapping products today, as it looks to provide a “more accurate and comprehensive view of our planet’s landscape.”

The Internet giant says it took hundreds of terabytes of data from USGS‘s and NASA’s Landsat 7 satellite, often snapping multiple photos of a single place then analyzing it to ensure it garnered as clear a view as possible – even in regions were there is almost always clouds, such as the tropics.

You can view the new imagery by activating ‘Satellite’ view within Google Maps, or by zooming out in Google Earth. Here, you can see how Indonesia’s Central Papua looks before and after the refreshed imagery:

The resulting imagery has led to a much clearer, 800,000 megapixel snapshot of the world. Indeed, the resolution comes in a pretty impressive 15 meters per pixel.

“This global image is so big, if you wanted to print it at a standard resolution of 300 dots per inch you’d need a piece of paper the size of a city block,” says Matt Hancher, Tech Lead, Google Earth Engine. “This image is then blended into our highest resolution imagery, giving a beautiful cloud-free global view and detailed images in the same seamless map.”

The update also introduces refreshed imagery across many parts of the world, typically where high-res imagery is not available, such as Russia, Indonesia and central Africa.