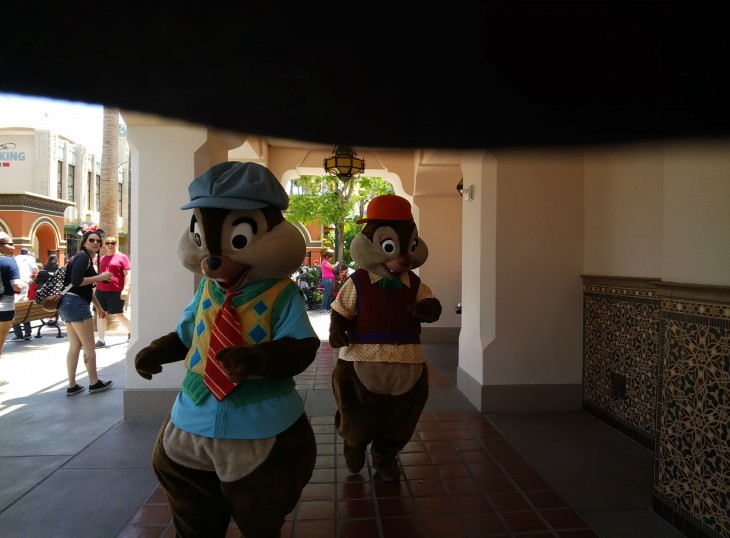 “Is that Google Glass? Is it really cool?”

Those words, spoken by the ticket taker at Disney’s California Adventure park were the first and last time anyone mentioned my head mounted computer on a recent trip. Unlike a lot of other places I’ve worn it, including at WWDC last week in San Francisco, no one at the park seemed to care what I was wearing on my face.

Chalk it up to the kind of insular group socializing going on at the park, or an innate feeling of personal privacy at one of the most public places in the world. Everyone seemed to simply mind their own business, even in lines. As a longtime Disney-goer, I’m well familiar with the sort of conceit it takes to pretend that the people standing next to you in a queue for 45 minutes aren’t sick of the sight of you or aren’t able to hear everything you say. Maybe it’s an American thing, but people simply don’t speak to one another that way.

I was absolutely sure that Glass would cause some people to break that wall, to tap me on the shoulder to ask about them. I had resigned myself to a day of answering questions, giving demonstrations or simply keeping my head down with the brim of my cap obscuring the Glass as much as possible. I needn’t have worried. No one cared.

After a while I began to loosen up, tilt my head back and take in the sights as normal. My day was really a night and day and the first place we ended up was the Mad Hatter dance party, where I was able to capture a local dance crew fooling around in the crowd and my one year old dancing in her grandmother’s arms. Glass doesn’t have great low-light capabilities (this was before a recent firmware update improved that slightly), but it definitely had a measure of utility. I was able to use my hands and arms on rides to hold on to my kid, for instance, but still capture an image or two, or a video of her enjoying the music.

Glass also enabled me to get a shot I was absolutely unable to take previously, a view of my little one asleep in my arms after a very busy morning. A handheld camera could possibly have worked, but I’d likely have woken her up as a result. Was it earth shattering? No. But it’s a real example of the advantages of a hands free recording device.

The way that Glass works with pictures and video is that it uploads everything directly to your Google Plus account in ‘private’ mode. You can then share it out direct from Glass to Twitter, Facebook or a few other services. You can also share it from your Google Plus app or account to other people on G+. I have never shared anything via G+ to a friend intentionally because none of them use or look at it, so sharing has to happen via Twitter or download and messaging. A private sharing service for photos or videos outside of G+ would be nice.

Unfortunately, even when you decide to use Twitter or YouTube to share things on the go from Glass, you’re at the mercy of a very poor Bluetooth tethering setup. Connectivity is bad, the connection is bad, everything is bad about this. It needs to get a lot more reliable. It didn’t matter whether I tethered the data to my iPhone or my T-Mobile Nexus 4, it was a crapshoot whether images and video would actually make it out to those services. Instead, I would often end up with nothing and then a burst of shares when I got to a hotel and connected to WiFi. That whole system needs work.

Because of the way that the iPhone works, you can only use the GPS, text and phone call functions of Glass when tethered to an Android phone. So it’s extremely limited when it’s just connected to an iPhone. If you’re an Android user looking to play with Glass, you should also ensure that your phone has Bluetooth tethering. The HTC First, for instance, does not. But that’s ok, because no one bought one of those anyway. 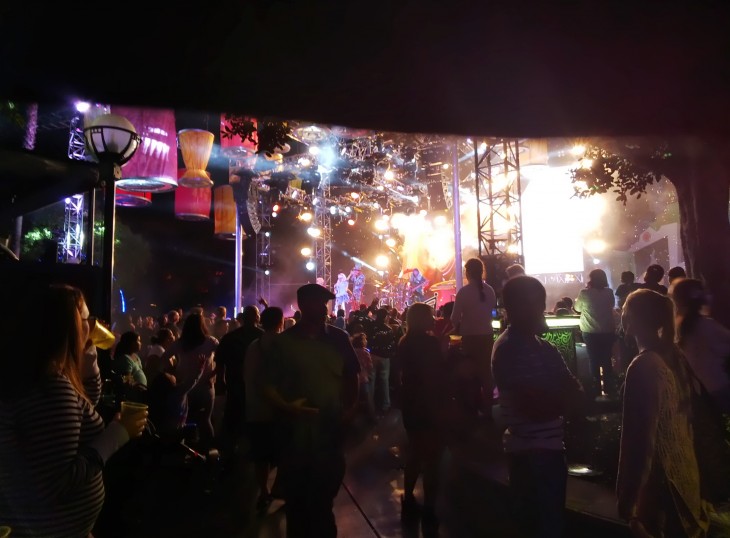 When you do have an Internet connection, though, Glass is also a really handy curiosity solver. The screen is a bit light for viewing in direct sunlight, but with a cap on it’s perfectly fine (though the brim does block some shots). But a smartphone’s screen is often way worse, and if you’re interested in pulling a quick fact out of the air or getting directions, you’re at risk of running into people while looking down or stopping the whole group in the shade to get your information.

That’s not the case with Glass, where you can drop a query into the air as you’re walking and get the information on demand. While walking into the park, for instance, we got curious about how many rooms were available in each of the three Disney hotels that serve the parks.

“How many rooms does the Disneyland Hotel have?” I asked Glass.

Within seconds, a card popped up with the number (990). I was then able to ask about the other two hotels as we walked by, getting numbers for each of those to see which was the biggest (The Grand Californian, by far). The information wasn’t precisely state secrets, but it did add something to our conversation as we walked and talked as a group, and it took seconds to retrieve it, with no phone screen craning.

And then there was the roller coaster. If nothing else, Glass has an excellent future as a way to capture rides in first person. I wore the Glass on California Screamin’, which is a smooth and not-too-crazy coaster, but that does feature a loop. I never worried for a second that the Glass was going to fly off my face. Ok, that’s a lie, I was a bit worried beforehand but it never felt even close to that while I was on the ride itself. They stayed on nice and sturdy and the resulting video wasn’t even all that shaky. It was better by a sight than the stuff I typically shoot with my phone on coasters. And I could keep my hands up in the air and just enjoy the ride, rather than bracing myself.

The long (and large) video file caused the connection problem to rear its head yet again. Even over my iPhone’s solid LTE connection I was unable to get it to actually upload to YouTube in the field. I had to wait until I was back at a hotel to get it done.

But the quality is pretty impressive overall, as long as a good exposure is nailed up front by the meter.

The battery lasted from about 7am through maybe 1pm, about 6 hours. Not great if you wanted to use it to drive home that night, for instance. So that needs to be a lot better. And remember that if you want full functionality, you have two batteries to think about including your phone.

As I mentioned previously, Glass is a ‘far future’, not ‘near future’ technology. But the Disney experience that I had was evidence that there is a ‘there, there’ when it comes to a head mounted computer. Honestly, after a couple of months testing it out in a variety of situations, I don’t think I can imagine a world where my 1-year-old daughter is 15 and doesn’t have access to a wearable computer with a visual component. Yes, there are a lot of roadblocks to get over between now and then, and I’d love to see us end up at the ‘contact lens’ level, but Glass is a start for sure.