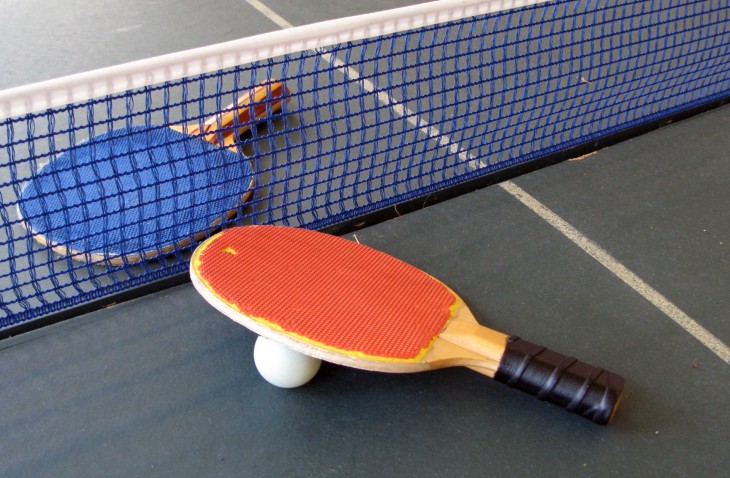 Google today launched a new Chrome Experiment called Cube Slam that lets you play face-to-face version of pong against your friends regardless of where they are in the world. The real goal here is to demonstrate the company’s browser implementation of WebRTC.

For those who don’t know, WebRTC is an open source project that lets developers integrate Real-Time Communications (RTC) across the Web, whether on websites or across mobile web apps. Google and Mozilla have already shown off the technology for conducting a live video chat between Chrome and Firefox, no plugins required.

Unsurprisingly, Google has made a YouTube trailer for Cube Slam, which takes video chat into the game world:

Cube Slam’s graphics are rendered in WebGL and CSS 3D, while its custom soundtrack is delivered dynamically through Web Audio. Since WebRTC isn’t yet available on the mobile version of Chrome (Google says it should be later this year) you can only play the game against the computer (Bob the Bear) on your phone or tablet, as opposed to another friend. More technical details are available here and here.

This isn’t the first time Google has used games to promote Chrome. The company has so far launched Super Sync Sports, Roll it, and Racer.

Again, the sole purpose of these multiplayer games is to promote Chrome, whether you have the browser already, or need to download it. Games work best for this purpose because they target both users, who are more likely to try to play something together than experiment with an app, as well as developers, who are more likely be intrigued by technology in action.