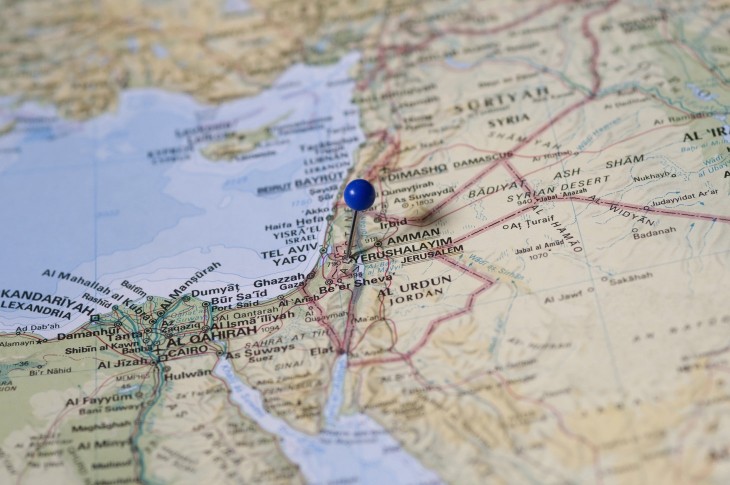 After a multitude of rumors and media reports about a potential acquisition of Israeli crowd-sourced mapping software company Waze in recent months, involving the likes of Google, Apple, Facebook and Microsoft, it turns out that it’s the Mountain View-based Internet search and advertising behemoth walking away with the prize.

Google has acquired Waze, it has been announced today, (finally) ending the rumors with a bang. Terms of the deal have not been disclosed.

Israeli media had reported that a deal between both parties was underway over the weekend with a price-tag of $1.3 billion mentioned at the time, and those reports were followed up by AllThingsD, Bloomberg and Reuters, who all said sources indicated that its closing was imminent.

Bloomberg and other publications claim the final price of the deal to be $1.1 billion. AllThingsD claims the deal consisted of $1 billion in cash, $100 million in performance payouts and possibly stock. Neither companies have come forward to verify this, however.

In its announcement post, Google says that the Waze product development team will remain in Israel and operate separately for the time being. It adds “We’ll also work closely with the vibrant Waze community, who are the DNA of this app, to ensure they have what’s needed to grow and prosper.”

In Waze’s own announcement, CEO Noam Bardin says “Larry Page, Brian McClendon and the Google Maps teams have been following our progress closely and are excited about what we’ve accomplished.”

“Nothing practical will change here at Waze. We will maintain our community, brand, service and organization – the community hierarchy, responsibilities and processes will remain the same. The same Waze people will continue to collaborate with you, and we will continue to innovate our product and services, making them more social, functional and helpful for everyday drivers. Our employees, managers, founders and I are all committed to our vision for many years to come.”

Discussing the reason for the sale, Bardin notes that its alternative was to pursue an IPO, something he says the company preferred not to do. “Choosing the path of an IPO often shifts attention to bankers, lawyers and the happiness of Wall Street, and we decided we’d rather spend our time with you, the Waze community.”

Regulators, particularly those in the United States, will almost certainly be taking a close look at the impact this deal will have on the competitive landscape, but only time will tell how intense that scrutiny will be.

For those who don’t know, Waze is a social traffic and navigation app that is based on a large community of tens of millions of drivers around the world sharing real-time road info and more to everyone else’s benefit.

In the beginning of this year, Waze had around 36 million users and was on track to double that number this year.

Today, Waze boasts just south of 50 million users, up from 40 million back in February.

All this community-driven editing took place in 110 countries.

Why did Google buy Waze?

As my colleague Jon noted over the weekend, the purchase of Waze, its growing user base and the wealth of data the company has acquired from it over the years, gives Google a way to supplement its own mapping data and enhance products like Google Maps, Google Earth and Google+.

There are only a select few companies in this world that own proprietary mapping data spanning the globe, and maps are of ever-increasing importance on smartphones, tablets and other connected devices.

Google evidently has a huge stake in this ground with its Android operating system for handheld devices, and has constantly been looking for ways to augment its popular Google Maps and Earth services.

Another aspect that gets often overlooked is Google’s foray into self-driving cars – an endeavor that also benefits from the wealth of data and technology the Waze acquisition brings.

The deal also keeps the fast-growing social GPS maker out of the hands of some of its chief rivals, including Apple and Facebook.

The latter is said to have engaged in advanced negotiations to buy the Israeli company, but talks reportedly broke down over price and whether the majority of Waze staff would be able to continue working out of Israel.

It remains to be seen how Google handles the addition of Waze to its operations in that regard, but we’ll update you on that when the acquisition smoke clears.