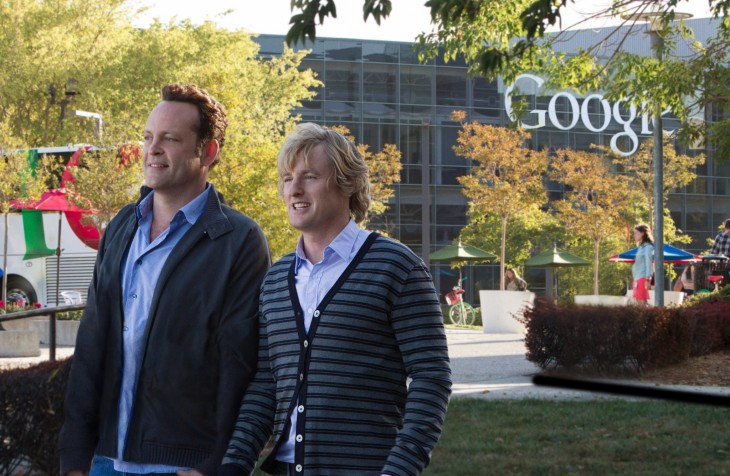 Google is set to make its big screen debut as a supporting actor in the new comedy film The Internship and TNW got a chance to see it earlier today. Starring Vince Vaughn and Owen Wilson, the two actors from the hit-film Wedding Crashers, The Internship centers around two newly unemployed salespeople who land internship roles at the search engine company. 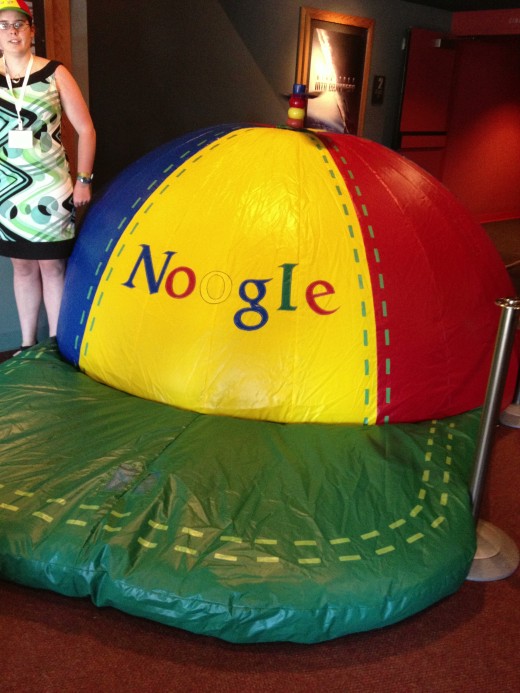 At the Kabuki Theatre in San Francisco, Google invited the press and Googlers (including a bunch of its current interns) to attend a private screening. And since the movie isn’t out until June 7, we won’t divulge parts of the movie that you don’t already know about from the trailers — so no spoiler alerts here.

Since the backdrop of the movie centers around Google, there was naturally a bunch of well-placed products throughout the movie. Throughout The Internship, we saw the company’s self-driving car, the Samsung Chromebook, Android phones, Google+ Hangouts, Gmail, Google Docs, and, of course, Search. To keep it a bit realistic, some actors had Macbook Pro laptops, but no Microsoft devices were spotted.

Even Google’s co-founder Sergey Brin makes two cameo appearances, one with a speaking line. The film is littered throughout with pop culture and technology references, including the X-Men, Instagram, Facebook, and others.

Shawn Levy, The Internship’s director, said in a post-screening interview that he wanted to keep the portrayal of Google as authentic as possible. However, because it’s not a documentary about the company, but rather a tale about two unemployed individuals seeking a new career, Levy decided to make the internship process a competitive one (in real life, it’s not). Wilson’s character in the movie calls it the “mental Hunger Games” and the actors are forced to fight in a series of challenges in order for a full-time spot at Google.

An interesting scene to note in the movie is the Google Helpline where interns are asked to man the phone lines to help customers who are having problems with their Google products. Now, anyone who has tried to get in contact with the company knows, there’s no such thing as a “helpline”. And if there was one, Google has done an amazing job hiding the phone number from everyone, including its search engine. Danny Sullivan from Marketing Land says that this might be a disservice to Google.

Levy, Vaughn, and Wilson shared that while the movie is meant to be fun, there are several interesting messages that movie-goers will hopefully get from The Internship. The first is that human beings can be hopeful and non-cynical and that people are looking to find ways to build a better life. Levy says that while filming at Google, he realized this was something especially true at the company — everyone there is trying to make life a lot better for everyone.

Other themes reflected in the film involve two generations of people working with one another and getting along and about being too dedicated to your work and not looking up and seeing your life pass you by.

Google became involved because it promoted its culture. Company CEO Larry Page said at its I/O developer conference that he hoped people would take more of an interest in technology and to become evangelists for it to others. He believes this film will help spread this message.

Is it worth seeing?

The Internship is hilarious and certainly has its moments. The comedic duo of Vaughn and Wilson makes the film worth watching. However, if you’re expecting to see a blockbuster movie, you’ll probably be disappointed. It’s that feel-good movie you want to see as you wind down your work day. Unlike the most recent Silicon Valley film The Social Network, Vaughn’s movie doesn’t appear to be Oscar material.

Google has been heavily involved in the production of the movie, even helping the cast recreate its headquarters in Atlanta, Georgia, where the movie was filmed. Earlier this week, the Los Angeles Times wrote about the company’s involvement. Google provided real employees as extras, assisted in designing the film’s end credits, and throughout the movie there’s product placement for the company, whether it’s Google+, Gmail, Google Wallet, or Maps.

While some might think that the big technology companies are now going to have Hollywood studios banging on their door, it could be a very distinct possibility. Facebook already has The Social Network. Apple is also not escaping the gaze of directors, as at least two movies have been created about the life of the Steve Jobs.

Will we see more movies about Yahoo, Zynga, Salesforce, or Twitter in the future? That remains to be seen, but as Silicon Valley continues to grow and its technology remains a driving force in changing the way we live our lives, then it’s probably a safe bet that we haven’t seen the last of Hollywood along Highway 101.

➤ The Internship arrives in theaters on June 7.

Photo credit: Movie images from The Internship, photos of Vince Vaughn, Owen Wilson, and Shawn Levy and from the premiere via Jason Merritt/Getty Images for 20th Century Fox