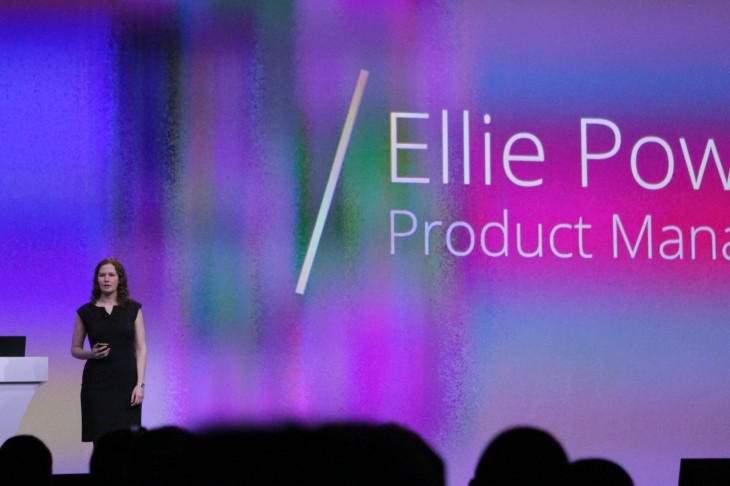 At the end of 2011, Google’s internal team in charge of the developer-facing bits of Google Play decided that it was time for an overhaul. The site was pretty bare bones, not much more than an upload form for apps with some basic stats.

They then began a project that lasted from 2011 through 2012, when it introduced the new developer console. We spoke a bit about Google’s ongoing efforts with Ellie Powers, Product Manager for Developers on Google Play.

“If we look into the future a couple of years, we need to have something that’s giving developers a great foundation in terms of making great quality apps, engaging with their customers and getting deep insights into how their apps are doing…so there was a project started to build that foundation,” says Powers.

That project culminated with the release of the new console at I/O 2012.

Earlier this month, at the Google I/O conference, a whole new suite of tools were added to the console and they’re all aimed at dramatically improving how useful the console is to people across the breadth of app development and marketing. A new Android-centric IDE called Android Studio, built-in translation services and, most attractive of all, staged rollouts for alpha and beta testing. Each announcement drew applause from the crowd of developers and threw a bit of a gauntlet when it comes to stock developer tool offerings when compared to Apple.

With Apple’s WWDC conference, targeted at its mobile and desktop developers, coming in just a week or so, the timing for a new set of tools for developing on Android is fortuitous.

Part of the reasons that the updates to the Google Play console were so aggressive stem from the fact that Apple has had a substantial lead in providing dedicated tools and a well-trafficked platform for developers over the years. Google has felt the heat and it’s now taking steps to close that gap.

MartianCraft’s Rob Rhyne has experience in developing apps for both Android and iOS and his studio continues to pursue a cross-platform strategy.

“Google needs to attract more developers to its platform. Its app selection is much improved, but there are still plenty of holes from developers who remain iOS-only,” says Rhyne. “Second, they certainly want more developers shipping on Android first, iOS second. It’s a savvy move to give Android developers better beta-testing and user tracking tools. These tools will make it easier to soft-launch on Android and allow further refinement before committing to a splashier launch on iOS.”

But better tools aren’t guaranteed to deliver success in the app market. Rhyne notes that there’s another big player who has had some difficulty capitalizing on developer support.

“…Microsoft offers legendary developer support and has yet to attract developers in droves to their platform,” says Rhyne. “The primary draw of the iOS market is the number of customers will to spend money on software.”

One of the big announcements at I/O for developers was better tracking metrics for developers, both across device and across platform. This is an area that has been a constant friction point for developers on the App Store.

One of the biggest irritations has been the hard limit of 100 test devices per company registered.

“The rule was created way back in 2008 to prevent a few bad apples from circumventing the App Store, but that single rule has wasted countless developer hours and caused an untold number of bugs to ship due to limited testing,” says App Cubby’s David Barnard. “I desperately hope Apple fixes beta testing in iOS 7.”

Barnard says he has been appealing to Apple for years to establish sales analytics for the App Store.

“The App Store is a black box to developers. Apps and marketing go in one side, cash and customers come out the other,” says Barnard. “Over the years I’ve tried various ways to track the effectiveness of marketing and better assess where my sales come from, but without Apple’s help, it’s a huge hassle and not very accurate. This will be a boon for Android developers.”

Though Apple doesn’t provide them, there are a host of third party options for developers on the App Store looking for better metrics. These include solutions like TestFlight, AppFigures and HockeyApp, all of which exist outside of the App Store developer console, but which also provide enough of the missing pieces that Apple may not feel the pressure to include them natively. An additional motivation for Google, Barnard points out, would be that it would get to peek at the data which passes through the store in order to analyze patterns for itself.

The cross-platform aspects of the new Google Play offerings are also unique, as enabling developers to work across an iPad and an Android tablet isn’t high on Apple’s list of priorities.

“I’ve heard from many developers that the iPad/Android phone combo owners are an interesting demographic,” says Rhyne about the cross-platform additions related to APIs like Maps and games. “Currently the gaming experience is broken for these users because they can’t track progress from one device to the next, despite both games existing on each. Further, the Maps API ensures a consistent experience across platforms for developers building for both Android and iOS.”

All of these points add up to an environment for developers on Google Play that is feeling a darn sight more hospitable to developers on both sides of the coin.

“There’s entire ecosystems that have sprung up to fill the gaps in the poor business & QA tools Apple supplies developers. These should be a clear indicators that something is terribly wrong,” says Mobelux’ Jeff Rock. “Perhaps Google’s new tactic to get more apps in the Play store is to make it a nicer place for developers to be in. I think that’s a good tactic; I’ve been talking with quite a few developers that are fed up with the hostility in the iOS ecosystem. And on the other side? Better tools, more control, deeper introspection, growing numbers. The next generation of Android development is starting to look like a pretty good deal, comparatively.”

One of the more interesting statistics clashes to come out of I/O came at the announcement that the Google Play Store had served up some 48 billion downloads. In a move that seemed monumentally coincidental, to say the least, Apple’s ongoing countdown of downloads also hit 50 billion.

The downloads don’t tell the whole tale, unfortunately, as the dichotomy of free vs. paid app downloads still makes shipping apps on iOS much more profitable than ever before. The Google Play store has a perception problem, reinforced by unofficial data supplied by app monitoring services and ad networks, which no amount of improvements to Google’s developer tools will overcome. The App Store has access to millions of users that are far more inclined to pay for apps, and that’s an issue that’s only going to be overcome by attacking it on two fronts.

First, Google will have to convince developers that the Play Store offers them unique benefits that they can’t get on the App Store, or at the very least has some sort of feature parity. That’s what the announcements from I/O were all about.

But the second issue is a much harder one, as Google will also have to tweak its ecosystem to appeal to the same kinds of consumers that are buying iPhones and contributing to the ever growing store of credit card numbers on file with iTunes. Better hardware is a part of that, but at this point in the store’s growth it’s really a systemic thing that must be attacked by a shift in the way that people think about Android.

Perhaps the best way to effect such a change would be to change the operating system’s look, feel and even name entirely. Which is where combining its desktop and mobile operating systems under Chrome OS might come in handy.

“In my opinion, this is Google playing to its strengths,” says Rhyne. “They are the best provider of web services that people rely on. By reaching out to developers first, they can break the Apple lock-in for users from the inside. If users feel they can switch between platforms without loss of data or experience with their favorite apps, then they’ll be more likely to experiment and switch platforms. This is more than a play for developers, it’s a longer play for users. And they’re going after them with the best Google has to offer: its services.”

For Barnard, it’s a matter of necessity for Google to cater to developers while Apple plays from a position of strength. The established installed base which has higher usage numbers, the willingness to buy and more add up to less urgency on behalf of Apple to offer expanded tools to developers. “My hope is that Apple has been planning similar features and will announce them at WWDC, but I’m not holding my breath. I’m also not jumping ship… yet.”

WWDC begins on 10 June and, as far as we’ve heard, Apple has slated updates for both its iOS and OS X operating systems, and the changes are sweeping, touching many different departments. It seems likely that those changes will bring new instructions for coders, which will be transmitted via video during the conference for the first time ever. But whether there will be correspondent updates to the tools with which developers build apps for the App Store, we don’t know. But the timing would be right.

Read next: WSJ: Sprint and SoftBank reach an agreement with the US over security concerns from acquisition