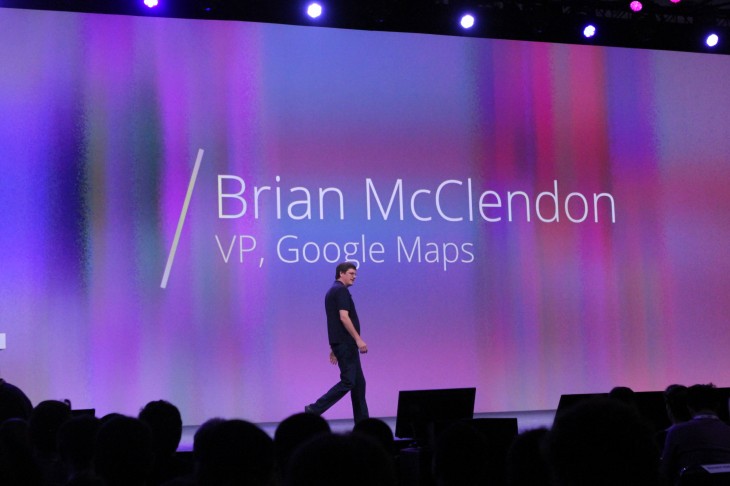 Today, at its Google I/O conference in San Francisco, Google announced a major update to its flagship Google Maps product for mobile.

The updates were announced by Daniel Graf, Director of Google Maps and Google VP of Maps Brian McClendon, who also said that over 1M sites use Google Maps, which is more than use the actual product itself on Google’s site.

He also teased a new version of the Google Maps app that will run on the iPad natively.

The service was briefly teased last night when a login page mistakenly went live, displaying a bunch of details about the new service. A new floating search box is the highlight of the main map view, and it incorporates a new suggestion engine that will help you find relevant places nearby and more.

The new version of maps will also have live traffic incident reporting and re-routing.

The new Google Maps will also apparently take on some learning abilities based on user behavior and search history to recommend you places that you might like. It wouldn’t be too surprising to see Google Now integration coming at some point as well.

Google Maps on the Web has also received a major update, and you can learn more about that here.