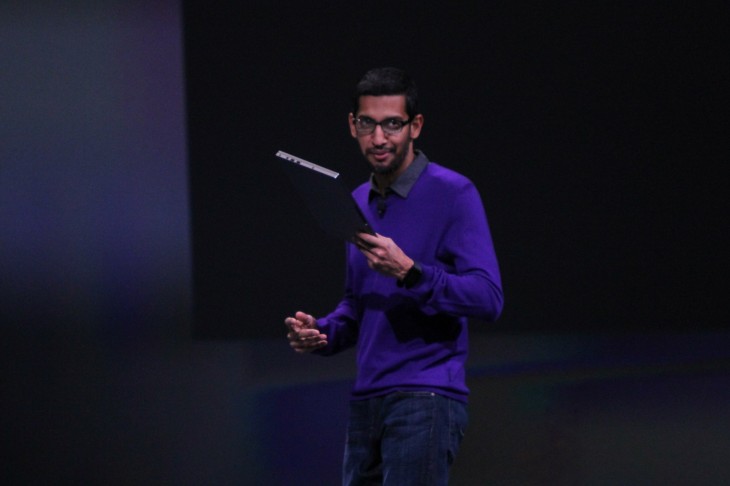 Google has announced at I/O, its annual developer conference held in California, that everyone attending the first keynote this morning will receive a free Chromebook Pixel.

Sundar Pichai, Google SVP of Chrome and Android, revealed the news on stage: “Our goal behind the Pixel was to literally to build the best laptop possible out there,” he said. “Do you have any idea why there’s one up on the screen and why I’m holding one in my hand?”

At this point, the crowd goes into overdrive; it’s fair to say they knew what was coming next.

“We are going to give each and every one of you a brand new Pixel – I’ve been told to say that it’s not ready until 2pm so please do’t leave int he middle of the keynote! But we’re very excited,” Pichai added.

Under the hood is an Intel Core i5 Ivy Bridge processor with Panter Point PCH, along with 4GB of DDR3 RAM. There’s only 32GB of storage via an SSD, but that’s bolstered by 1TB of additional cloud storage through Google Drive.

Jealous yet? We are.