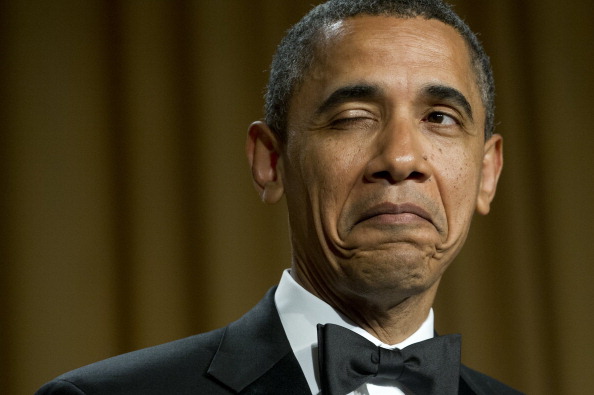 Reports have surfaced that a developer who received an early version of the Google Glass device has created an app that will allow users to take photos using just one tiny gesture: a wink.

According to Glass-Apps.org — via The Verge — developer Mike DiGiovanni from Roundarch Isobar made the app, which is called Winky, as a means to improve the built-in photo snapping functionality. Under the headset’s basic settings, users must either press a side-mounted button or use vocalized commands in order to activate the camera.

Now, with Winky, users need not lift a finger or risk straining their vocal chords. A slow, deliberate wink with the right eye is all that’s required to take a snapshot.

DiGiovanni provided a video clip of the device in action on his Google plus page. The development follows suggestions that wink-based photos and two-finger browser zoom could be coming to Glass soon.

As long as the device functions as shown in the video, it appears unlikely that blinking will set off the camera, and one has to shut one’s eyelid in a way would be pretty noticeable to an onlooker.

Winking really changes things. You might not thing (sic) it’s hard to say “Ok, Glass Take a Picture” or even just tap a button. But it’s a context switch that takes you out of the moment, even if just for a second. Winking lets you lifelog with little to no effort. I’ve taken more pictures today than I have the past 5 days thanks to this. Sure, they are mostly silly, but my timeline has now truly become a timeline of where I’ve been.

Maybe some folks might feel differently, but as someone who seldom winks in a slow, deliberate fashion in everyday life, I sense that replacing a hand or voice based gesture with a awkward wink might take me further out of the moment, and would require more effort than less. Try imitating DiGiovanni’s gesture in the video and see for yourself.

Nonetheless, DiGiovanni’s hack is an impressive one that is likely be the first of many gesture-based functions we see with the new Google Glass set. One can easily brainstorm a set of similar gestures that could likewise trigger an action – blinking twice fast? Raising an eyebrows? Shutting one eye, etc, etc?

Furthermore, as developments like Winky continue to emerge, the controversy over Google Glass and invasions of privacy is likely to heat up. DiGiovanni’s video shows a wink followed by a visible glimmer of light. Will that be enough to enough to appease critics? Is winking at someone less conspicuous than, say, lifting up one’s phone and pointing it at an unaware bystander? It probably depends on the situation.

The code for Winky is available to the public only on github, for now.