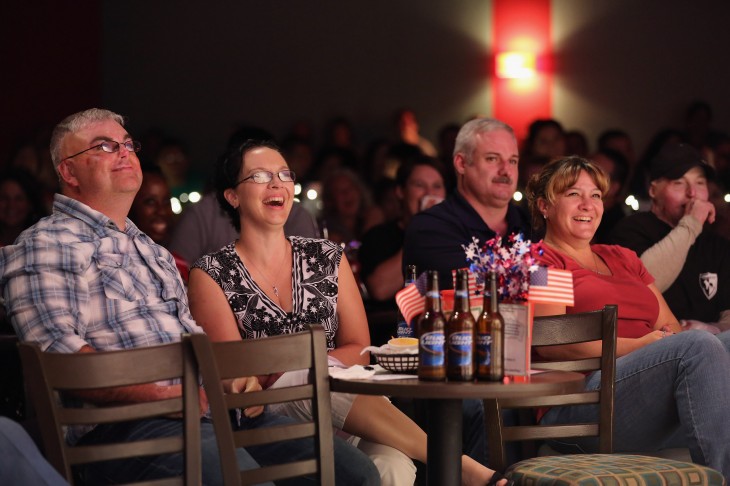 YouTube announced today that it was launching its first-ever Comedy Week, which will take place May 19 through 25. The event will be livestreamed through the service and will feature names like Vince Vaughn, The Lonely Island, Seth Rogan, Nerdist, CollegeHumor, Funny or Die, and many others.

In a program that you’d expect out of a comedy festival, this week will include a “live, all-star comedy variety show” and contain a mix of stand-up, sketches, and musical performances. Following the event will be dedicated programming of live performances, new episodes of comedic acts, curated top ten lists from stars, and more.

Danielle Tiedt, YouTube’s Vice President of Marketing said in a statement that “YouTube is the home of comedy for the next generation. If you like to laugh, come join us during Comedy Week as we celebrate the best of comedy with sketches, pranks, stand-up routines, sit-down routines, parodies, blunders, fails, live shows and unexpected collaborations in a way that only YouTube can.”

Hosting such an event feels rather appropriate for the video-sharing service as it is definitely one of the main places where new comedy talent is being discovered, but it’s not limited to just that. Musicians, video bloggers, and many others are seeing their potential realized by putting themselves on camera and posting their acts on YouTube. If you can’t get a show on Comedy Central or any other media outlet, why not form your own channel and let the audience find you.

In addition, this is most likely a new initiative to showcase its Channel initiative, which was released in October 2012. It could be the beginning of the formation of a comedy channel that would be the one-stop shop on the site compared to forcing users to browse through numerous pages just to find the comedian or troupe that they’re looking for.