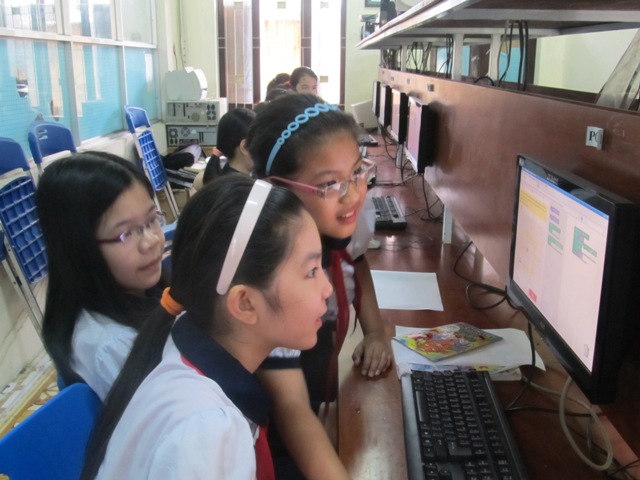 A Google software engineer has revealed how a group of grade 11 students studying in Vietnam could pass parts of the notoriously difficult Google interview process without a problem.

“There is no question that half of the students in that grade 11 class could pass the Google interview process,” Neil Fraser wrote on his blog last week.

To understand the context surrounding that statement, we need to back up a little bit. In a recent trip to the country, Fraser walked into a number of classrooms, ranging from grade 2 to grade 11, to get a better grasp of the computer science curriculum.

What he discovered, needless to say, was both shocking and impressive.

By grade 3, every child is learning how to use Windows. Fraser suggests, without humour, that the country has a “100 percent Windows XP monoculture” due to the high cost of software for most families.

That doesn’t stop the students from learning to touch-type, in English, using Microsoft Word though.

That is simply staggering, and far outstrips the skill level and curriculum offered in many Western nations, including the US. Fraser was keen to see just how fast these children could develop though, and asked how he could be of greater assistance.

What followed was a custom piece of software, designed by Fraser while he was still on vacation called Blockly Maze, as well as a series of self-teaching tutorials. He also hired a second teacher, so that the entire school could learn computer science.

Fast forward to grade 11, and the class is working on a task where they were “given a data file describing a maze with diagonal walls” and asked to “count the number of enclosed areas, and measure the size of the largest one.”

You can take a look at it below:

Fraser then returned to the US and asked another senior engineer at Google how he would rate the question in comparison to Google’s own, spectacularly hard interview process.

“Without knowing the source of the question, he judged that this would be in the top third,” Fraser said.

Now, this task wasn’t set just for the top five percent of the class. Here’s the kicker – in 45 minutes, “most finished” and just “a few” needed another five minutes to complete it.

And so we come back to Fraser’s initial statement:

“There is no question that half of the students in that grade 11 class could pass the Google interview process.”

All of this is an approximation though. There’s no way of knowing if such a question would ever occur on the Google examination, or if the students could indeed pass the other sections of the exam. This is also a snapshot of just one class, who could have a skill level either below or above the average student in Vietnam.

Regardless, it doesn’t really matter. The revelation, which is a little scary but also inspiring and incredibly impressive, is that the Vietnam education system is producing world-class programmers with very little resources.

Why can’t the US, or any other Western nation for that matter, do the same for their students?

“Effecting meaningful change is virtually impossible,” Fraser said. “I work for the education department at Google and the stories our external educators return with are as shocking as they are unpublishable. We’ve been spending enormous resources with frankly minimal impact.”

If that’s true, a meaningful change in the curriculum, as well as the social perception surrounding computer science, just can’t come soon enough.