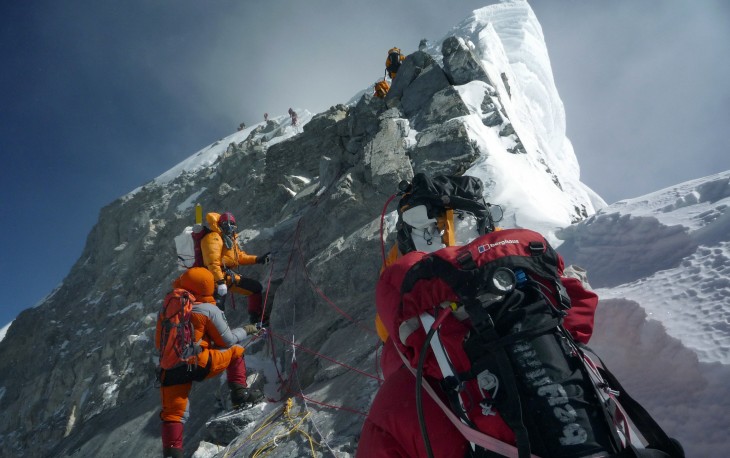 Google has gone to great lengths to capture a virtual tour of some of the world’s most majestic and unique places for its Maps service. Today, it announced it has released the street view of some of the most famous mountains on earth, including Mount Everest and Kilimanjaro.

Now, users can get a rather complete and 360 degree view of these majestic landscapes all wherever they are without actually having to physically climb them. The images are accessible not only on the desktop, but also on mobile devices.

We should not discount those that have successfully climbed these mountains for they have experienced something many of us wish to do, but now millions of people can now have that same experience, albeit virtually. Google sent a team to four mountains, including the aforementioned Everest and Kilimanjaro, but also Aconcagua in South America, and Elbrus in Europe.

Google says that its imagery was collected using a simple lightweight tripod and digital camera with fisheye lens — something that it typically uses for its Business photos.

Google has also published a behind-the-scenes look at its latest addition to its special collection. The idea for this adventure started back in 2011 when Sara Pelosi, a People Programs Manager, was asked by colleagues if she wanted to go on a trip to Everest Base Camp. It was around that time when the expedition team learned that it could capture imagery of their trip for Google Maps without needing to lug around the rather large Trekker camera, which had been used in other notable journeys, including the Grand Canyon and Lucas Oil Stadium.

The street view imagery that the expedition team collected was not limited to just the mountains themselves, but also to what was around it, including monasteries, bazaars, and more.

Read next: YaSabe raises $2.7m to develop and market its local search engine for Hispanics in the US