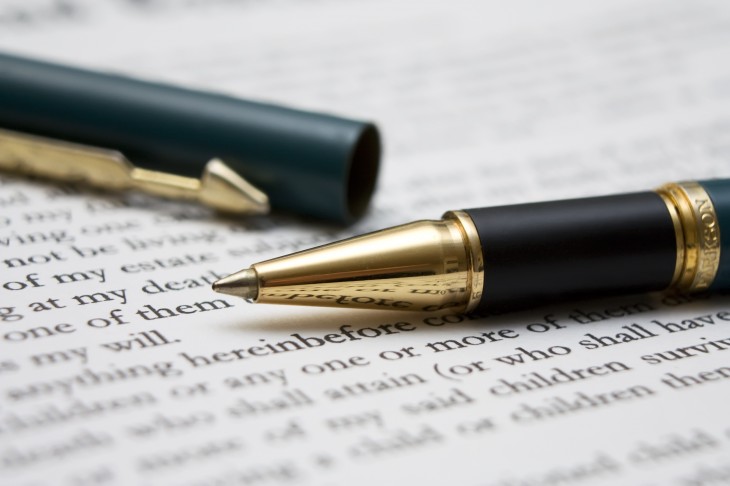 It’s been less than two days since Google announced plans to kill off Google Reader on July 1st, and already a petition to save it has hit a notable milestone. While other petitions have received anywhere from 2,000 to 30,000 signatures, this one on Change.org has passed the 100,000 mark.

Unlike White House petitions, which require the US government to issue a response when 100,000 Americans sign, a Change.org appeal does not mandate the party being lobbied to respond when it hits a certain figure. In fact, while tracking this particular petition we noted that it had a moving target that changed steadily as the number of signatures grew: first the goal was 25,000, then it was 50,000, then 75,000, then 100,000, and now it’s asking for 150,000.

Here’s the point where it passed the six-figure mark:

Yet seeing this petition hit 100,000 signatures in under 48 hours is very telling. Many Google Reader users clearly adore the service (many of us at TNW use it every single day) and would rather not see it axed.

Let’s put the figure into perspective. The unlocking phone petition took just under 30 days to hit 100,000 signatures, although only US citizens could sign. Put another way, no petition regarding any of Facebook’s changes ever got anywhere close to 100,000 signatures.

Google Reader users are really annoyed. Yet we don’t see Google changing its stance: the company very likely spent quite a bit of time deciding to kill off the service, and it has clearly made up its mind.

There is a silver lining to the demise of Google Reader. First off, its competitors are stepping up and secondly, new ones are showing up on the scene. There’s a huge chance to truly innovate in the RSS market, which has arguably stagnated since Google was unceremoniously crowned king in the space.

Maybe we’re wrong though. Maybe Google will realize it’s made a mistake and has really pissed off a core group of its users. Unfortunately, we think the company will just push forward with Google+ instead.

A few years ago — years, wow — Google Reader was one of my go-to social networks. It was an accidental one. I was using it for its intended purpose — aggregating and reading a lot of web content in one place — but it turns out, a lot of other people were doing the same thing. A lot. Many of which shared interests and when you added the amazing (amazing!) share and comment features, Google Reader blossomed into a wonderful experience for many of us, core to our day-to-day consumption of content online.

Unfortunately, you decided to kill those “extra” functions. I’m not here to ask you to reverse that (you should, though). In doing so, Google Reader’s day-to-day value declined, and I, like many, ended up using it less often. Instead of hitting the bookmarklet I have on my Chrome install three, four times a day, it’s now a once a day (okay, once every other day more often, recently) experience.

But it’s still a core part of my Internet use. And of the many, many others who are signed below.

Our confidence in Google’s other products — Gmail, YouTube, and yes, even Plus — requires that we trust you in respecting how and why we use your other products. This isn’t just about our data in Reader. This is about us using your product because we love it, because it makes our lives better, and because we trust you not to nuke it.

So, please don’t destroy that trust. You’re a huge corporation, with a market cap which rivals the GDP of nations. You’re able to dedicate 20% of your time to products which may never seen the light of day. You experiment in self-driving cars and really cool eyewear which we trust (trust!) you’ll use in a manner respectful to our needs, interests, etc.

Show us you care.

We have contacted Google about the petition.

Update at 12:30PM EST: Google responded but refused to discuss the petition. “We’ve given an overview of our reasoning and plans on our blog posts on the Official Google Blog and the Google Reader blog, and we’ll be communicating directly with our users as we make these changes,” a Google spokesperson told TNW.

See also – As Google Reader is killed off, Flipboard, Feedly and others step up with RSS alternatives and Former Google Reader product manager confirms our suspicions: Its demise is all about Google+