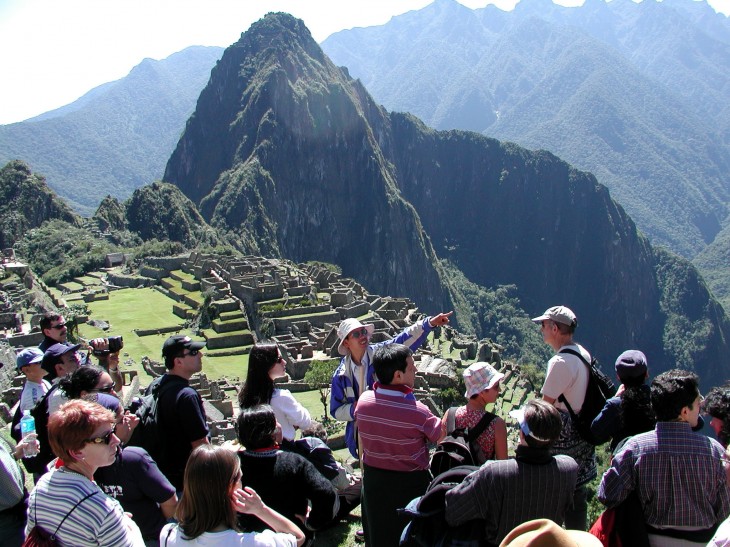 Google on Tuesday announced a massive update to Google Earth’s tour guide feature for desktop, Android, and iOS. The company has added over 100,000 new tours of popular sites, cities, and places across 200 countries, as well as enhancements to existing tours.

The new tours combine 3D flyovers and Wikipedia snippets for what Google says is a “richer” experience. For the first time, Google has also included a place highlight option and added more than 1 million user-generated Panoramio to further add to your exploration. Each tour ends with a selection of photo thumbnails selected from Panoramio as the best representation of a given place.

For those not familiar with tour guide, the feature acts as a local exploration expert suggesting interesting places near the location you’re visiting as you navigate the Earth. In other words, it’s Google’s way of showing you places even if you didn’t know to search for them:

Thumbnails of available pre-created tours will dynamically update with interesting locations in your current view. Click the thumbnail image to start a tour or to fly to a point of interest. Flying tours are marked with a tour time in the lower righthand corner of the tour thumbnail.

This quick video explains it better:

Tour guide first arrived in Google Earth 7 for desktop back in October. At the time though, it only featured tours for 11,000 sites. Now it has more than 10 times that number.

Not only is the tour guide now available for both desktop and mobile versions of Google Earth 7, but these new tours are available without updating. In other words, if you have the app, you already have the new tours.