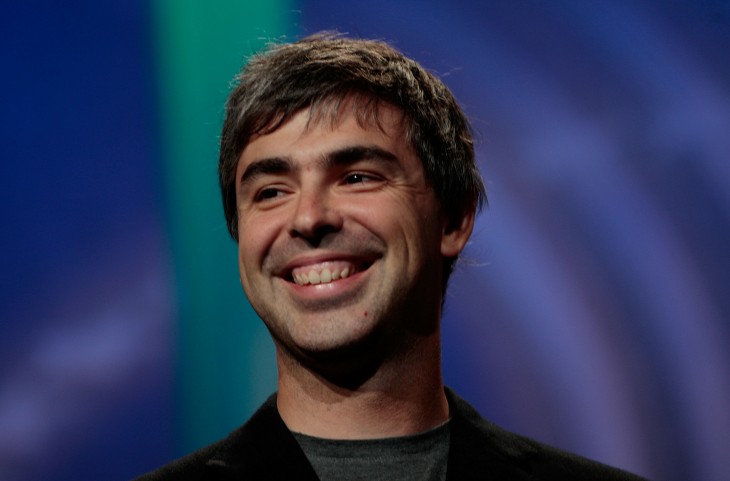 Shortly after Larry Page re-took the reins as CEO of Google in April 2011, many looked upon his re-organization of the company and sun-setting of fringe products as proof that he was heeding Steve Job’s death-bed advice to bring more focus to the company.

As Page comes closer to his 2nd year at the helm of one of the world’s most innovative companies, it appears that ignoring those exact words may prove to be the key to Google pulling away from Apple in the battle of internet titans.

First, a consensus is emerging around Patrick Gibson’s argument that “Google is getting better at design faster than Apple is getting better at web services.” With a more unified and attractive look and feel across products, Google’s web services such as Gmail and Maps are becoming essential to users regardless of the platform. The uproar surrounding Apple’s attempted launch of an underwhelming maps software, followed by the record adoption of Google’s new iOS Maps app stands as evidence that Apple’s success in mobile depends on the availability of Google services. The opposite, however, is not at all the case.

In addition Apple’s failure to avoid developing a dependency on Google services may ultimately prove self-defeating. Jobs rightly saw the compatibility of the Android and iOS platforms as a competitive risk, so much so that it prompted him to threaten ‘thermonuclear‘ war on Google.

In the end, however, the presence of finger-swipes pales in comparison to the threat caused by users’ demand for Google’s apps on iOS. The more Google’s services dominate other platforms the more Google reduces the costs of users switching to the Android and Chrome operating systems. Creating a seamless switch between platforms helps Google protect its ads business and thus fuels its ability to continue to push the envelope of innovation. Apple’s attention thus might have been better spent on developing strong and competitive apps rather than suing Google’s collaborators for copyright infringement.

Needless to say, it is only by staying unfocused that Google could offer such a wide ranging and continually growing suite of apps that may ultimately cement its dominance in the mobile space.

Another key to Google’s ability to remain unfocused and stay competitive is the evolution of Google+. Though many continue to dismiss Google’s social platform as an also-ran and a distraction from its core business, the increased back-end integration of Google’s products reveals much potential.

For example, despite the lack of a read/write API, Google+ users can create and comment on Google+ posts from multiple entry points, including Gmail, YouTube or the Play Store. What this shows is the company’s longer term vision for Google+ to exist as a single and agile data set that can represent itself in different products seamlessly.

With the launch of the iPad mini Apple appears, for the first time in recent memory, to be behind the pack by taking cues from other tablet makers who were much faster to realize the potential of a smaller screen. With Apple appearing bereft of ideas, Google on the other hand is showing signs of taking the lead in bringing about new must-have applications.

Google’s latest product, Google Now, is another graduate from the company’s 20% time, the backbone of the company’s bottom-up approach to innovation.

Had it not had not access to the rich data sets from other services it pulls together to deliver information to users before they ask for it, Google Now would be a far less useful product. Though its development came long after Google placed its bet on mobile, Google Now is not only becoming a strong stand-alone product but also looking like the killer app that could power products such as another previously far-flung idea, Project Glass. Similarly, as mainstream car manufacturers like Ford and Toyota bring self-driving cars to the mainstream, Google’s investment in and development of the technology is increasingly validated.

None of these developments would have come about if Google were overly focused on doing a few things well. Focus, after all, has never been part of Google’s DNA. Google Maps was created as part of the company’s larger mission to organize the world’s information long before Google became aware of how fundamental local would become to its overall monetization strategy.

Though Google has unquestionably slimmed its product offerings, an alternative to the ‘new focus’ narrative is that those products, though often loved within small groups, failed to meet the company’s ambition for impact.

Being unfocused not only allows Google to live on the cutting edge of innovation, it also allows the company to set itself up for long-term success by building things without the full certainty of how they will be incorporated into the company’s long-term strategy. In other words, Google has allowed 1000 Flowers to bloom only to then turn them into a beautiful bouquet. Only by being careful not to stifle the creative forces has Page enabled the company to be a driver rather than a victim of online innovation.

As Tim Cook looks towards Apple’s future, he might just consider paying Larry Page a visit and asking for some advice.

Read next: How to start your social media year off with a bang